The Children’s Society published its most recent edition of The Good Childhood Report in August (Children’s Society, 2020). Concerningly, it reported that even before Covid-19 there had been a ‘continued decrease’ in happiness with life among 10-to-15-year-olds in the UK, and that there had also been a decline in happiness with friends, school and appearance in this age bracket. While the report used several different sources of data, these particular findings were based on an analysis of data collected from 2009/10 to 2017/18 through the annual Understanding Society survey. Since 2009/10, 10-to-15-year-olds participating in the survey have been asked to rate, on a seven-point scale from ‘Completely happy’ to ‘Not at all happy’, how they feel about their life in general, as well as about their appearance, family, friends, school and schoolwork. The authors of the report reversed and converted these scores to an 11-point scale from 0–10 (with 10 representing ‘Completely happy’) and then calculated the mean score for each wave of respondents.

The authors of the report visualised the declines in happiness among young people in a series of simultaneously striking and sobering charts (Children’s Society, 2020, pp. 24–25) (although the y-axes on the charts do not start from zero, and are less than two scale-points in length, which visually accentuates the differences being depicted). Figure 1 displays the same trends as the report, albeit with a y-axis that includes all of the potential scale points. In doing so, figure 1 presents a less startling picture: the scores are clearly and consistently located towards the upper echelons of the chart, and annual changes appear less alarming. 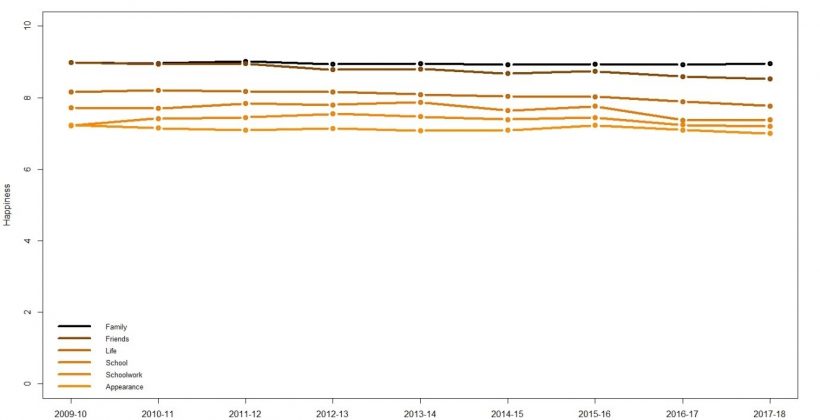 Table 1 displays the scores to two decimal places. While the scores for all but ‘family’ have waned in recent years, the declines are not exceedingly dramatic. Moreover, whether they would have continued to decline in the absence of the disruption and discomfort caused by Covid-19 will never be known. It is also important to recognise that happiness is a slippery concept that represents different things to different people, and is therefore particularly difficult to quantify (Goodwin, 2020). Alternative indicators of social and psychological wellbeing, such as how meaningful, autonomous or socially connected young people perceive their lives to be, should therefore be prioritised instead of questions about happiness, because they could provide clearer and more nuanced insights into how young people experience life. Such measures are also better at pointing to what could be done to support young people, because simply knowing whether they consider themselves to be happy reveals little about what may help them.

‘Alternative indicators of social and psychological wellbeing, such as how meaningful, autonomous or socially connected young people perceive their lives to be, should be prioritised instead of questions about happiness because they could provide clearer and more nuanced insights into how young people experience life.’

It has been argued that although using multiple decimal places when depicting scores for happiness can ‘confer an aura of scientific exactness’, such scores are actually an example of spurious accuracy that imply better precision than can be justified (Goodwin, 2020, p. 118). If the scores are rounded to the nearest whole number, it appears that ‘school’ the only aspect of life for which there has been a decline in happiness – and even then, a score of seven is not exceptionally disconcerting. The patterns and their interpretation therefore beg broader questions about the expectations that society has for the happiness of young people, and how realistic they are.

However, the report also highlights a trend towards a growing minority of young people scoring below the midpoint for happiness with life. Undoubtably, it is important to communicate that, even prior to Covid-19, a swelling proportion of young people were expressing a particularly low degree of happiness, especially because child and adolescent mental disorders are becoming more prevalent (NHS Digital, 2018, 2020). Certainly, although it is unclear whether the recent declines in happiness would have continued in the absence of Covid-19, it is clearly time to think afresh about the experiences of young people, how to measure them, and how best to support the most vulnerable. While it makes intuitive sense to want young people to be happy (what parent, for example, does not wish this for their child?), it is also important to recognise the nebulousness of the concept, and to consider prioritising different approaches to assessing how purposeful or worthwhile young people consider their lives to be.

The Children’s Society. (2020). The good childhood report 2020. Retrieved from https://www.childrenssociety.org.uk/good-childhood 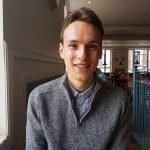 Doctoral Researcher at University of York 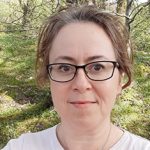 Dr Dusana Dorjee is a senior lecturer in psychology in education in the Department of Education at the University of York. Her research investigates neurocognitive mechanisms underlying wellbeing from a developmental perspective. 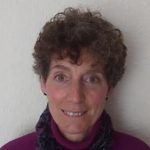 Dr Poppy Nash is a senior lecturer in psychology in education in the Department of Education at the University of York. Her research focuses on the mental health and wellbeing of young people and how they can be best supported during secondary, further and higher education.

Has education-related stress increased among GCSE and A-level students since the introduction of linear assessments?

Ethnography – Embodiment and the digital world