This blog post discusses how some families and supporters pay considerably more than others to attend UK graduation ceremonies.

This much we already know: higher education is costly. According to a House of Commons Library briefing, an ‘average debt among the cohort of borrowers who finished their courses in 2020 was £45,000’ (Boulton, 2021). In light of this, graduation – especially following 20 months of lockdowns, furloughs, job losses and Covid-19 – should be a time for celebrating achievement by dint of fortitude, resilience and determination. Throwing mortarboards to the four winds, whoops and shrieks from proud families, graduates charging around in bat-capes…

And so it often comes as a rude shock to parents, families, supporters and students themselves to discover that the cost to a graduand (that is, a completed student, before graduation) of attending their own passing-out parade can vary considerably, and is dependent solely on the university or college attended. Let us set aside for now the student’s gown hire costs that can amount to anywhere between £25–75 ($33–100), or the travel and perhaps accommodation costs that family and supporters will need to find. To barstardise George Orwell’s exposition in Animal Farm, all students are not equal in terms of the ticket price they will be expected to pay in order to sit for an hour or two – in all likelihood rather underwhelmed – at a graduation ceremony probably unchanged in presentation for a century or more.

According to a very rough straw poll of UK academics (n=19) awarded national teaching fellowships (NTFs), the cost of a ticket for families and friends varies considerably (Derounian, 2021). For instance, the University of Greenwich has removed guest ticket charges: ‘[graduates] will be able to bring two guests to their ceremony. We recognise that the disruption has been disappointing and therefore we are waiving the £20 per guest ticket charge for graduations taking place in July 2021, September 2021, October 2021 and January 2022. There is no charge for graduate tickets’. But why hasn’t this approach been applied across all UK universities?

‘It does appear odd that after paying around £9,000 in tuition fees, for each of three years for a first degree, universities don’t all budget for a free ceremony for their graduands and supporters.’

At Roehampton, for example, guest tickets are £32 per adult and £16 for a child. Some ticket prices reflect hire of a central London venue and a reception following the ceremony. This reveals the real issue: that some universities simply cannot accommodate gatherings of this size on campus due to access and safety issues.

In the same poll, one UK national teaching fellow commented, ‘I don’t know if it is “usual”, but in none of the institutions that I, or my children, have attended has there been a charge for graduation visitors’, and concluded that charging ‘seems very wrong’. It does appear odd that after paying around £9,000 in tuition fees, for each of three years for a first degree, universities don’t all budget for a free ceremony for their graduands and supporters. Odder still, given university and government emphasis on ‘widening participation’, that payment for graduation may well put off lower-income families from attending. Another NTF respondent noted that they are

‘seeing (or not seeing) a fair number of students somehow missing their ceremonies. So far, it’s illustrative evidence, but my view – and that of some colleagues – is that it needs some digging around for information as to exact reasons.’

I suggest that cost is the prime suspect.

The CEO of social mobility charity the Sutton Trust dubbed ceremony costs ‘another financial barrier for the poorest students’ (cited in Evans, 2019). Furthermore, Hardy (2013) stated that for ‘many families and students, finding that amount of money is difficult, if not outright unfeasible’. And just imagine the additional costs to overseas students of returning to their UK university for graduation.

A way of cutting costs would be to, wherever possible, use university buildings for graduation: higher education institutions (HEIs) living within their means, rather than palming the cost off to sometimes hard-pressed parents.

In this time of pandemic let’s genuinely recognise the sacrifices of students and their families, by HEIs giving them a free day out to remember. 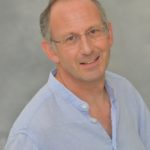 Dr James Derounian is a National Teaching Fellow and visiting professor at the University of Bolton. He specialises in research and teaching around community engagement, rural issues, and blended learning.

Loneliness and collegiality in the academy: Isolated by a neoliberal ideology