The rise of Donald Trump as front running Republican Party presidential candidate in the United States has startled many left-liberal leaning members of the society, and captured the attention of observers abroad. Those who support Trump are primarily white, working class people, with a ‘nostalgic’ vision of the country (Irwin & Katz, 2016). As has become widespread in Europe in recent years, to Trump supporters multiculturalism is seen as a threat and challenge to a historical status quo where scarce opportunities for flourishing have been distributed inequitably to white people, who see themselves as the ‘true’ heart of their nations (Ahmed, 2004). Trump has tapped into this narrative, making derogatory claims about Mexicans and Muslims. He has advocated building a wall from Mexico and systematically monitoring Muslim Americans. To the shock of liberals and academics, he has drawn crowds attracted to such ideas throughout the primary election: people who see Trump as a strong defender of a particular ‘American way’ (Berman, 2016).

As a scholar in multicultural philosophy and education born and raised in the United States, I am often asked to offer insights on Trump and American xenophobia and nativism today, when I lecture abroad. Sadly it is not hard for me to understand Trump’s rise as a somewhat predictable outcome of an educational system that has, over the last decades, failed society with regard to the development of vital capabilities, such as recognizing and listening to diverse people, and critically accessing good information.

How American education has enabled xenophobia toward Muslims offers a vivid example of how it has more generally failed to provide good information or develop needed skills for democratic participation, but instead promotes a singular vision of the backwards, angry Islamic terrorist. As my research shows, when Muslims are discussed in educational materials, they are most often associated with terrorism, sexism, and autocracy. While most Muslims worldwide live (peacefully) in Asia, such Muslims are invisible, given a focus on American foreign policy in the Middle East. Textbooks fail to discuss Muslims in the United States, generally: peaceful, ordinary members of society, practicing their freedom of belief, as the rest do (Jackson, 2014).

This anti-Muslim status quo of curriculum is not accidental but reflects the efforts of politicians and others to ensure, as Trump supporters do, that a particular vision of America is put forward in schools: as a western, white, good (and basically Christian) force in the world. In approving textbooks in Texas each year, they label positive representations of minorities as problematic and threatening to the maintenance and celebration of the status quo (AP, 2014). Without a strong counterpart fighting to portray America as racially, ethnically, linguistically, and religiously diverse, those involved in education, from textbook publishers to school teachers, have been put on the defensive. Teachers fear public scandal or disciplinary action, should they teach multicultural messages of tolerance of diversity that raise ‘patriotic’ parents’ eyebrows (Education Week, 2016).

Teachers should not be put in the position they are now in, where many are scared to teach effectively about important social debates

Messages of Islamic terrorism, backwardness, and fanaticism are not only found in textbooks but are also provided in news media and popular culture (Said, 1981; Shaheen, 2009). Despite the pervasiveness of such anti-Muslim discourse, as an educator my main interest is not to fault film makers for trying to entertain, or journalists for covering possible terrorist threats. Rather, it is to encourage schoolteachers to aid students in developing tools to recognize media bias and analyze information from a critical view. These skills are essential to democratic deliberation before and with peers, and should be practiced in classrooms. Teachers should not be put in the position they are now in, where many are scared to teach effectively about important social debates.

It is not helpful to see Trump supporters simply as hateful or deficient. Examining American education reveals that many members of society have increasingly had few opportunities to effectively learn of and from diversity. When curriculum is whitewashed to only show the same Muslim bad guys in the movies and news, one hardly has a choice to become tolerant and open-minded. When teachers are afraid to teach for tolerance, what more can we expect?

Education Week. (2016). The backlash against teaching about Islam. Retrieved 05/05/2016, from http://blogs.edweek.org/edweek/global_learning/2016/02/the_backlash_against_teaching_about_islam.html. 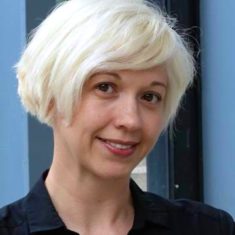 Assistant Professor of Education at University of Hong Kong