The Everyday Maths project (funded by the Nuffield Foundation) explored and supported parental involvement in children’s mathematics learning, taking a parent-centred approach. Traditional models of parental involvement usually start with what the child is learning at school. Instead, our approach positions parents as experts by starting with family activity. Following our research, we have developed some free online resources (funded by the ESRC) to help schools and other organisations work with parents of primary school children in similar ways.

Most parents want their children to do well in mathematics, but may be unsure about how to support this. Parents may not feel confident about their own mathematical expertise, or about their familiarity with the methods used in the current curriculum, or about their ability to act as a “teacher” to their child (Jay et al, 2013). These issues can cause tension when parents try to support their children’s mathematics learning. In their review of the literature, Gorard and See (2013) found that interventions to improve parental involvement in their children’s mathematics learning rarely had a positive effect on educational attainment. The approach used in these interventions, however, generally involves parents reprising the school’s role in teaching mathematics.

In the Everyday Maths project, we ran workshops with parents of primary school children in Years 3 and 4, to develop an alternative approach to supporting mathematics learning. We worked with parents in four diverse Bristol schools, running a series of 3-4 workshops in each school. These workshops aimed to help parents recognise and discuss the kinds of mathematics that occurred in everyday activity (Rose et al, 2014). The workshops started with parents’ experiences of everyday family activity, and sought to make explicit the kinds of mathematics used in that activity. The first workshop focused on discussing these activities; the second on “finding the maths” in family activity; and the third on mathematical conversations that parents could have with their children during/about the activity. In our research, the fourth workshop enabled parents to discuss what they thought of our approach.

The early workshop sessions revealed some key barriers to parents’ participation in home maths talk. As well as reasons given above, we noted further barriers related to parents’ conception of mathematical thinking and learning. Two examples of this are that the pressure of ‘having to end up at a right answer’ prevented parents from starting a conversation around maths, and that parents avoided conversation when they weren’t sure which ‘pigeonhole’ an activity fitted into – whether a particular phenomenon could clearly be defined as mathematics, as opposed to science, geography, economics and so on.

parents became more confident in prompting, recognising and referring to mathematical ideas in conversation with their children

As the workshops progressed, parents became more confident in prompting, recognising and referring to mathematical ideas in conversation with their children. These might include ideas such as: risk and probability; shape and symmetry; cause and effect; classification; size and proportion, priority and preference; and planning and prerequisites, to name just a few. However, it was important for parents not to start out with an agenda of which topics they wanted to discuss with their children, but to encourage children to explore the world around them and ask questions. This is not a curriculum-focused approach, but can act as a complement to the mathematics that children are doing in school. Examples of the kinds of discussions that arose during the workshops can be found on our website, www.everydaymaths.org.

As we worked through the process with parents, the following principles were highlighted as key to the workshops’ success:

Further details, and free resources to support those who would like to run the workshops, are available at www.everydaymaths.org.

Rose, J., Jay, T., and Simmons, B. (2014). “It’s helping your child experience the world: How parents can use everyday activities to engage their children in mathematical learning”, Proceedings of the British Society for Research in Learning Mathematics, June 2014. 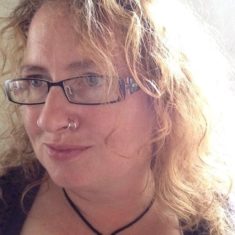 Dr Jo Rose is a Lecturer in Education in the Graduate School of Education at the University of Bristol. She has a social psychology background, and is interested in understanding how people work together to support children’s learning, and in supporting the educational trajectories of young people in contexts where high attainment is not the norm.

Dr Tim Jay is a Reader in Education at the Sheffield Institute of Education at Sheffield Hallam University. He is interested in children’s learning of mathematics, with a focus on individual differences in the ways that children come to develop new understandings of mathematical concepts.

A moment to breathe: How reflection can reduce teacher maths anxiety