The term ‘educational underachievement’ is common in policy and academic discourse relating to education in Northern Ireland and beyond, despite the ambiguity created by its wide variety of potential meanings. These varied meanings entail different methodologies, data and research questions when it comes to research and policy.

Within the context of Northern Ireland, the term remains a high-profile, explicit policy focus. Northern Ireland appears to have wider educational inequalities based on socioeconomic status in comparison with other UK jurisdictions and comparable OECD countries, and high rates of pupils leaving full-time education without any qualifications. Most recently, the New Decade New Approach deal that restored the Northern Ireland Assembly in 2020 specified the need to address educational underachievement and its links with socioeconomic background, and subsequently an Expert Panel was appointed to report to the education minister with a costed action plan to ‘tackle persistent educational underachievement’. This panel was due to submit its action plan by the end of May 2021, before a further Independent Review of Education is planned to examine broader systemic issues in education.

‘Northern Ireland appears to have wider educational inequalities based on socioeconomic status in comparison with other UK jurisdictions and comparable OECD countries, and high rates of pupils leaving full-time education without any qualifications.’

While, in the words of Gorard and Smith (2004), ‘educational underachievement’ may be an ‘imperfect descriptor’, its very ambiguity serves to open a window on the full range of issues within and beyond education that influence pupils’ educational outcomes. At the Centre for Research in Educational Underachievement (CREU), we engage in a diverse portfolio of collaborative and interdisciplinary research with the aim of informing progress in this area. Recently, we completed a review of research in educational underachievement in Northern Ireland, summarising findings from 62 original articles and reports from the past 20 years. We highlighted the following core themes and gaps in the existing research evidence: 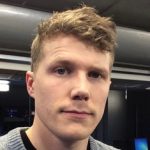 Dr Jonathan Harris is a research fellow at the Centre for Research in Educational Underachievement, Stranmillis University College, Belfast. In the past two years he has co-authored a number of free to access research reports within the centre. With a background in geography research and education, his research interests include: social justice and equal opportunities in education; cross-curricular teaching and learning; and geopolitics in education and training.

Inequalities in language learning: What are they and how can we fix them?