An example of students’ negativity to mathematics, according to Swan (2004, p. 2), was a question asked of four students aged nine and their teacher, ‘if Mathematics were a food, what would it be and why?’ The replies were typified by one student who said, ‘Mathematics is like chocolate cake – because if you have too much you will get sick.’ A more disconcerting response – as this was from the teacher – was: ‘Mathematics is like a rat sack – because it makes you haemorrhage from inside out.’ I find it difficult to imagine why someone should be afraid of maths because I absolutely love this subject. Maybe this is because I grew up in a family where maths played a substantial part in our daily lives, so much so that my father read me calculus books while I lay in my cot. My father in his occupation assessed the components of steel to decide its annealing (heat treatment that makes it more malleable), and was fascinated by numbers, a fascination I continue to embrace.

I realised that others were afraid of maths when, as a student teacher, I undertook a micro-teaching session with my peer group and four students voiced their fear of maths at various times during this session. One student said she was hit on her knuckles when she answered a calculation incorrectly. This made me feel that as a teacher, I could change this negative approach by making maths both fun and empowering. This realisation gave me the impetus to do my MA education dissertation on the ‘Fear of Maths’.

‘I realised that others were afraid of maths when, as a student teacher, I undertook a micro-teaching session with my peer group and four students voiced their fear of maths at various times during this session.’

According to Ellison et al. (2017, p. 2) a Social Exclusion Unit (2002) report stated that ‘prisoners’ basic skills were poor with 80 percent having writing skills, 65 percent the numeracy skills, and 50 percent the reading skills at or below the level of an 11-year-old child’. According to Hawley et al. (2013) cited in (Czerniawski, 2016, p. 4) ‘less than 25% of prisoners receive formalised education or training in most European countries…’ Furthermore, Coates, the author of a White Paper on prison reform (2016, p. 3), has recommended ‘a core prison curriculum including English, Maths, and ICT delivered to Level 3 and above’ (Ellison et al., 2017, p. 3). Acknowledging these ideas, the main context of my own study was in a further education college in England, where the students must undertake ‘functional skills mathematics’ to be entered for their chosen courses. Students undertook relevant examinations including the Entry level 3 (E3) examination and all passed, barring two of them.

My placement in an English prison showed a prevalence of fear of maths, as prisoners believed that they were not good enough to do this subject. According to Watts (2010, p. 58) there are a substantial number of offenders, who through ‘low ability in literacy, numeracy, and work-related skills’, are excluded ‘from employment opportunities’. I therefore encouraged these students through praising them for the work they had produced, hoping for belief in themselves. Caring for my severely learning-disabled son taught me to praise good behaviour and, to some extent, to ignore bad behaviour, but not if life threatening to others.

Watts (2010, p. 59) finds that many prisoners encounter ‘negative and uncooperative’ approaches from prison officers, thus reiterating the non-belief that these prisoners will have in themselves. Prison officers in England, weald an abundance of power, so much so that they can determine whether they ‘facilitate the practical arrangements to make the teaching’ conceivable; and only prison governors can ensure that this gateway to social rehabilitation is always open.

In concluding this post, I have a lovely memory of one of my students who said, ‘You are the best maths teacher I have ever had.’ This made me feel that I had accomplished a good job. 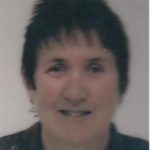 PhD student at University of Portsmouth

Louise Cooper is a PhD student at the University of Portsmouth.

Principals’ perceptions of the teaching and learning of science, technology, engineering and mathematics (STEM)