As various studies of teachers’ lives and work have explored, using attainment data in schools goes over and above what that data are designed to do. The datafication of schooling in England and elsewhere has had powerful impacts on pupils’ experience, the curriculum, teaching and learning, and teachers’ professional and personal lives. We see this in Bradbury and Roberts-Holmes’ (2017) exploration of the effects of baseline assessment in the early years, Grant’s (2017) study of data in a secondary school, and Lewis and Holloway’s (2019) investigation of US teachers’ experiences with data.

It was with these concerns in mind that Guy Merchant, Ian Guest and I conducted a British Academy-funded small research project called Doing Data Differently, the focus for a recent article for the British Educational Research Journal (Burnett, Merchant & Guest, 2020). The project was designed to provide opportunities for teachers to engage with data in ways that were professionally empowering and, through doing so, to raise questions about alternative ways in which data might interface with practice in schools.

Inspired by Lupi and Posavec’s Dear Data, we invited seven primary school teachers to collect their own data on aspects of literacy teaching and learning that mattered to them, find creative ways of visualising their data using a postcard format, and then share their postcards among themselves as a focus for professional dialogue. Over the course of an academic year, we held six meetings for the teachers to share and talk about their postcards – postcards which can be seen in our virtual exhibition – Doing Data Differently. In many ways our project followed similar principles to those espoused by Catherine D’Ignazio and Lauren Klein (2020) in their call for data feminism. Like them, we attempted to challenge existing practices through shifting the content and form of data, as well as the processes through which data are produced and shared.

The teachers’ postcards varied considerably in focus and design, but were often impressionistic and highly subjective – capturing, for example, their sense of how far children were engaged in a lesson, the value of conversations with colleagues, or feelings about particular activities. The teachers often told us that their attempts fell short of what they had intended but also that they felt able to share their experiences freely in the context of the group discussion, and they welcomed the opportunity to reflect on aspects of their practice that mattered to them.

‘We explore how data in this project tended to foreground complexity rather than simplicity, opacity rather than clarity, and seemed to be associated with open-ended, free-flowing professional dialogue that addressed not just effectiveness but professional commitments, relationships and feelings of professional worth.’

In our article we draw on Latour’s (1986) idea of immutable mobiles to contrast the ways in which data are commonly used in schools, as representing fixed truths that travel easily between classrooms, teachers, educational leaders and policymakers for example, with what data became in our project – incomplete, provisional and partial. We explore how data in this project tended to foreground complexity rather than simplicity, opacity rather than clarity, and seemed to be associated with open-ended, free-flowing professional dialogue that addressed not just effectiveness but professional commitments, relationships and feelings of professional worth.

We do not claim that this small project, the postcards or the professional dialogue they generated represent a generalisable template for doing data differently in schools. However, we do suggest that shifting the content, form and process for producing and sharing data can unsettle some of the problematic certainties that attainment data have tended to accrue, and that doing data differently (in focus, form and process) can open up productive spaces for professional dialogue that allow teachers to share successes and perspectives that acknowledge the complexity of professional practice. Such spaces, we propose, have the potential to amplify professional voice and generate valuable opportunities for professional exchange and reflection.

This blog is based on the article ‘Destabilising data: The use of creative data visualisation to generate professional dialogue’ by Cathy Burnett, Guy Merchant and Ian Guest, published in the British Educational Research Journal. It is free-to-view for a limited period, courtesy of our publisher, Wiley.

Grant, L. (2017). ‘Don’t use professional judgement, use the actual number’: The production and performance of educational data practices in an English secondary school (PhD thesis). Bristol: University of Bristol. Retrieved from https://www.researchgate.net/publication/325847791_Don’t_use_professional_judgement_use_the_actual_number_The_production_and_performance_of_educational_data_practices_in_an_English_secondary_school

Latour, B. (1986). Visualization and cognition: Drawing things together. In E. Long & H. Kucklick (Eds.) Knowledge and society: Studies in the sociology of culture past and present (Vol. 6, pp. 1–40). 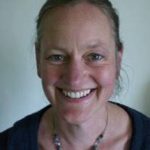 Cathy Burnett is professor of literacy and education at Sheffield Institute of Education, Sheffield Hallam University where she leads the Language and Literacy Education Research Group. Her research has explored the relationship between new technologies and literacies within and beyond educational contexts from a sociomaterial perspective, with a recent interest in the significance of research and data practices to literacy education. Her most recent co-authored and co-edited books include Undoing the Digital: Literacy and Sociomaterialism (Routledge), New Media in the Classroom: Rethinking Primary Literacy (Sage) and The Case of the iPad: Mobile Literacies in Education (Springer). She is a previous editor of the journal Literacy and on the editorial boards/editorial review boards for the Journal of Early Childhood, Literacy, the Australian Journal for Language and Literacy and the Journal of Literacy Research. She is president of the United Kingdom Literacy Association.