In his powerful speech at the Cambridge Primary Review Trust’s (CPRT) conference in November last year, Robin Alexander suggested, in relation to recent electoral outcomes in the UK and the US, that discourses of hatred and derision might be interpreted as ‘education’s failure’. Soon after the CPRT conference, Primary PGCE and School Direct students at Newcastle University were offered two days of training on the Mantle of the Expert. In ‘Mantle’, which was initially developed by Dorothy Heathcote, imaginary contexts for cross-curriculum learning are created through drama and enquiry. In this process pupils take on the role of a team of experts, charged with a specific project outcome (Taylor, 2016). As an HE Initial Teacher Education provider we aim to empower our students critically with a range of pedagogical strategies, including those which are innovative, and we regard Mantle as a powerful and potentially transformative approach. Tim Taylor has provided workshops for our ITE students in Mantle of the Expert for a number of years. However, this year the module was offered at St John’s Primary School in Newcastle, which was recently awarded Mantle of the Expert Training School status.

Mantle has enabled colleagues to make the curriculum meaningful

St John’s is situated in one of the country’s most disadvantaged wards. Many of its pupils live in extreme poverty, and many of them have English as an Additional Language. Despite these challenges and ‘low starting points’, Ofsted has judged pupils’ achievements close to national averages, and described the curriculum at St John’s as of ‘very high quality’. Both the head teacher, Tracey Caffrey, and Ofsted ascribe this to the use of Mantle of the Expert. Children’s enjoyment and sense of responsibility and engagement is palpable, and they are not only keen to talk about their learning, but able to do so with confidence and eloquence. Again, Tracey Caffrey attributes this to the impact of Mantle since its whole-school introduction seven years ago, and the extent to which Mantle has enabled colleagues to make the curriculum meaningful. Mantle at St John’s offers what Smyth and Wrigley (2013) would describe as ‘rich teaching’. St John’s is thus a very powerful context in which to introduce our students to Mantle.

During one of the sessions, Tim worked with a large group of Year 4-6 pupils and 12 student teachers, creating the context of a nineteenth century mine, in which the pupils first took on the task of inspecting the occurrence of child labour, and then the role of miners. The amount of deep learning about Victorian times and social justice that had taken place by the end of the afternoon was profound: it was in the faces and words of the pupils who had ‘lived’ the drama, and in those of our student teachers who had seen the transformation in the pupils. It was on our side too, with the recognition of what can be achieved in Teacher Education when innovative pedagogy is integrated within a university/school partnership and theory and practice become one.

There could, of course, be various explanations for the impact of Mantle: although the experience of a nineteenth century mine was clearly fictional, the events were, it could be argued, real in the cognitive and emotional experience of the pupils. It did not seem unlikely that some of the pupils’ questions related to their own life experiences, and it may be the opportunity to discuss such experiences in a fictional context, which adds to the power of Mantle. On the other hand, as Tracey Caffrey suggested, it may be the opportunity to have experiences that participants would not normally have, which is at the root of the Mantle’s transformative potential. There is a definite need for research into the reasons why, the extent to which, and the circumstances in which Mantle is effective.

It is clear, however, that creating such learning experiences for student teachers is, to return to Alexander’s speech, ‘education in spite of policy’, and provides hope. There is hope for democracy and education in pedagogies such as Mantle, plenty of hope for schools like St John’s, and hope for HE Initial Teacher Education providers, as long as we are able to introduce our students to examples of transformative pedagogy.

TAYLOR, T. 2016. A Beginner’s Guide to Mantle of the Expert: A Transformative Approach to Education, Norwich, Singular Publishing Limited 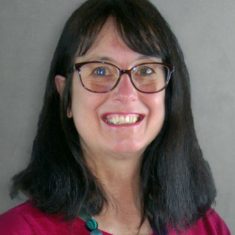 Dr Hanneke Jones was born in the Netherlands, but her interest in a career in education was first sparked when she visited schools in Yorkshire’s West Riding. She trained as a teacher at the Hervormde Pedagogische Akademie in Amsterdam, which was largely founded on the principles of the French educator Célestin Freinet. After her return to the UK, Hanneke worked in primary education in Northumberland before taking up her position as a teacher educator at Newcastle University. Her PhD focused on creative thinking in the Community of Enquiry, and her research interests lie in creativity, dialogue, social justice and comparative education.