While working as a schoolteacher in Hong Kong, I was once assigned to teach the R(emedial) class. It may be more helpful to explain that most of my students were among the lowest achievers in school. They were very commonly regarded as the group ‘without hope’ (Gillborn & Youdell, 2000, p. 134). In contrast, children at the other end of the ‘ability’ spectrum were often placed in the X class: a label that constantly reminded them of how ‘eXcellent’ they were (or at least, were supposed to be).

I was dissatisfied with this terminology. I also wondered whether such organisational strategy would help promote the discourse of inclusion, or reinforce the differences between learners, as well as the deterministic beliefs associated with bell-curve thinking about their ability (Hart, Dixon, Drummond, & McIntyre, 2004). All too often I needed to remind everyone about the importance of adopting a growth mindset (Dweck, 2014), that ‘ability’ is not carved in stone; it is possible to grow achievement through efforts. As the Confucian saying goes, with diligence, one can grind an iron bar into a needle. This is despite their prior attainments, or whatever categorical needs with which they were/are/will be identified.

Indeed, one key challenge facing teachers who wish to become more inclusive is how to make better sense of the different ‘labels of defectiveness’ (Slee, 2011, p. ix), which tend to define and constrain learners by one single dimension of their individual differences. As noted by Black-Hawkins and Florian (2012, p. 568), ‘too many practices in schools are called “inclusive” when in fact they serve only to reproduce the problems they set out to solve’. Similar to many of my colleagues, I have become increasingly confused about how some identity labels alone might further support our work of teaching a diversity of learners. In the recent context of Hong Kong, for example, these include NAC (newly-arrived children), NCS (non-Chinese speaking), and the more general SEN (special educational needs), which comprises SpLD (specific learning difficulties), ID (intellectual disability), ASD (autistic spectrum disorders), AD/HD (attention deficit/hyperactivity disorder), PD (physical disability), VI (visual impairment), HI (hearing impairment), and SLI (speech and language impairment). Such a myriad of names seems to suggest that the characteristics of all children are neatly categorisable. They also imply that developing more inclusive practices requires knowing about strategies that are additional to, or different from, the everyday pedagogy of teaching (Rix & Sheehy, 2014).

‘One key challenge facing teachers who wish to become more inclusive is how to make better sense of the different “labels of defectiveness”, which tend to define and constrain learners by one single dimension of their individual differences.’

Clearly, there are close parallels between this and the statutory guidance offered by the SEND Code of Practice (Department for Education and Department of Health, 2015), which calls for special educational provision for children who have SEN (sic). Nonetheless, this perspective on teaching a diversity of learners is in contrast to a key theoretical underpinning of developing inclusive pedagogy (Florian, Black-Hawkins, & Rouse, 2017), that it requires a shift from using different strategies for most students and the ‘special’ some, towards extending what is ordinarily available for all children in the rich learning community of the classroom. Even if we are to draw upon specialist teaching for students who are identified with ‘special educational needs’, the question here remains (and further to the one I raised in a previous BERA Blog [Li, 2018]): To what extent have we considered individual differences as rich resources to facilitate greater inclusion? (See also International Bureau of Education, 2016.)

Department for Education and Department of Health. (2015). Special educational needs and disability code of practice : 0 to 25 years. Retrieved from https://www.gov.uk/government/publications/send-code-of-practice-0-to-25

Dweck, C. S. (2014, November). The power of believing that you can improve. TEDx Talk. Retrieved from https://www.ted.com/talks/carol_dweck_the_power_of_believing_that_you_can_improve?language=en

International Bureau of Education. (2016). Reaching out to all learners: A resource pack for supporting inclusive education. Retrieved from https://unesdoc.unesco.org/ark:/48223/pf0000243279

Li, E. (2018, January 24). Towards inclusive and equitable quality education for all: To borrow or not to borrow? BERA Blog. Retrieved from https://www.bera.ac.uk/blog/towards-inclusive-and-equitable-quality-education-for-all-to-borrow-or-not-to-borrow 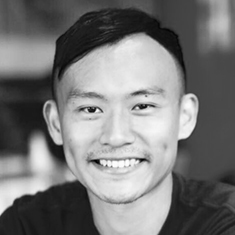 Eddy Li is a doctoral researcher with the Faculty of Education, University of Cambridge. His research interests include inclusive education, teachers’ professional craft knowledge, second language teacher education, and eLearning strategies in English Language Teaching. He is particularly keen on researching with Hong Kong teachers their inclusive pedagogy, and exploring how this emic understanding may ethically, theoretically, and methodologically inform the development of inclusive teacher education in the wider Confucian-heritage Culture. E-mail: eddyli@cantab.net

Towards inclusive and equitable quality education for all: To borrow or not to borrow?

Learning to be alone: How positive solitude can benefit international students

The success of Finnish schools: Lessons from a high-performing system