In pre-Covid England, early childhood education and care (ECEC) was already in a state of uncertainty. A maelstrom of structural conditions and an onslaught of initiatives had manifested as proposed changes to the curriculum, intensified assessment, diminished funding and an erosion of infrastructure. This was coupled with a policy silence on workforce education. Although the trajectories of these developments remain unclear, educators will have a pivotal role in both informing policymaking and making policies work. This, in turn, evokes fundamental questions about the roles and professional identities of early educators, and their professional autonomy.

My recent doctoral research sought to understand how ECEC workforce policy reforms (2006–2018) have impacted on the professional identity construction of educators, and particularly how qualifications and occupational standards might ‘delimit’ sanctioned versions of professional identities. I was also keen to understand how educators responded to this and how any resistance or activism was enacted. In doing so I sought to ‘turn up the volume on inaudible voices’ (Clough & Nutbrown, 2012, p.6) and counter the dominance of policy discourses with educator narratives.

My policy analysis uncovered the prevalence of discourses of neoliberalism including governmentality, responsibilisation, performativity and marketisation which shaped the ‘official’ subjectivities of educators.

Data gathered through professional life story interviews and an online focus groups revealed compelling narratives of educators stepping up and pushing back on these institutional limitations. Many of these stories reflected the tensions of living and working ‘in between’ structural demands and educators’ desires for professional autonomy. Such pressures were articulated as feeling conflicted, finding compromise, negotiating/qualifying/mediating and subverting/disrupting.

‘References in educators’ stories to operating “under the radar”, “daily disruption” and even to “quiet activism” illustrated complex and subversive responses to discursive policy manoeuvres.’

Nonetheless, there were multiple and diverse examples of resistance and activism. While some participants were involved in what might be framed as conventional forms of collective activism (such as demonstrations and petition signing) many others engaged in individual and low-key actions. References in educators’ stories to operating ‘under the radar’, ‘daily disruption’ and even to ‘quiet activism’ illustrated complex and subversive responses to discursive policy manoeuvres. This suggests a more expansive reading of activism is needed in relation to professional identities and autonomy in ECEC. Several examples from the data invite a redefinition of activism.

‘We need to reclaim the vocabulary of play. Call it play, that’s what it is, let’s celebrate it for what it truly is. I think this is part of the problem, as adults we don’t value play, we see it but can’t interpret it.’

One nursery teacher developed what they called a ‘subversive curriculum’ managing to comply with external obligations on phonics and maths teaching but then ‘getting back to play’. Their commitment to this alternative discourse also included aspirations beyond their own alternative curriculum for a wider reclamation of the concept of play in early childhood education:

Another early educator decided to write to nursery parents about the forthcoming reception baseline assessment stating, ‘It’s not inevitable; you don’t have to put your child through it.’ In this way they deployed critical awareness and micro-level activism to challenge the status quo on proposed summative assessment changes.

Analysis of these examples, and others from the study, complicate previous understandings of activism as loud, visible and collective. Rather, the actions of study participants generated new readings of activism as often micro level, but importantly as embedded (Martin, Hanson, & Fontaine, 2007), relational (O’Shaughnessy & Kennedy, 2010) and compassionate (Dove & Fisher, 2019).

Many of the structural constraints and demands on early educators are exacerbated by the current post-Covid uncertainties. Given this reality and the extent and nature of ‘push back’, the hope and resilience of educators appears to be tested further (Archer 2019). Storying the resistance and activism of early educators (however these manifest) is an important mode of responding to these demands. Now, more than ever, the voices and stories from the frontline need to be heard. 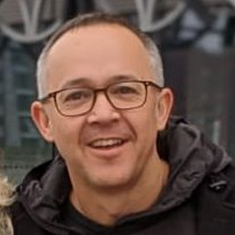