On the 21st October 1966 forty thousand cubic metres of coal debris from a badly maintained National Coal Board waste site in Aberfan, South Wales, destroyed the Pantglas junior school below.  One hundred and sixteen children and twenty eight adults died in the disaster.  Perhaps because of the sheer horror of that incident there is less written about Aberfan than you might expect, at least by academics.  There is only one substantive academic book about Aberfan and the few journal articles directly written about the tragedy concern themselves with topics such as post-traumatic stress.  Educationalists have not really gone near Aberfan which is surprising as it concerns a school directly impacted by the incompetence and brutality of industrial production.

When I went to the West Glamorgan Archives in Swansea to research the Aberfan disaster I was not sure exactly what I would find there.  Going to an archive, even after searching the electronic catalogue, can sometimes yield little.  However, what I found in newspaper cuttings, scrapbooks, school records and official reports showed the full awareness of teachers, parents and pupils at Pantglas of the possibility of a disaster.  A former headtacher of the school before the disaster, Mr Williams, presciently remarked ‘one day they’ll dig us out of there’.  Miss Jennings, the headteacher in October 1966 had petitioned the National Coal Board to protest about the safety of the waste that overhung the school.  She died in the disaster along with her pupils.  Children, parents and local politicians all knew that something was not right in Aberfan. The fact that they were not listened to tells us a lot about class, the treatment of Wales by the English elites, how the voices of ‘poor whites’ are ignored, capitalism and violence.  Aberfan, like 9/11, has become an ‘iconic’ disaster from which lessons have been apparently learned and applied.  It is frequently cited in government reports as being a case of industrial incompetence to which we should never return.  Despite the emotional resonance of Aberfan, the British working class continue to die in disasters as a result of incompetence and negligence.  The recent inquests into the Hillsborough disaster paint a picture of public safety where lessons were never learnt and casual mistakes, with devastating consequences, continue to happen.  I do not, though, read much about Aberfan, Hillsborough or other disasters in educational journals.

One part of me is not surprised that educationalists have stayed away from disasters like Aberfan.  Archival research normally leaves me elated if I have found some interesting sources.  Leaving the Swansea archives I was depressed and angry.  I wanted to tell a hidden history but I also felt like an appropriator of community memories.  However, there is more than personal feelings that are keeping education specialists away from disasters.  There is also a disciplinary squeamishness amongst educational researchers about getting involved in this area, which they might think is properly part of human geography or sociology, the REF (Research Excellence Framework) makes us jumpy about getting messed up in interdisciplinary couplings.

This is a shame. Educational researchers have a lot to say about disasters.  Schools and educational establishments are part of the landscape and they are going to be impacted by industrial disasters, public tragedies, earthquakes or terrorist attacks.  Even if disasters are not about schools then the pedagogy of public preparedness, community learning and recovery and the consequences for schools and learners in reconstructing education after an emergency make interesting topics for research and thinking about our discipline. There is some work out there, but compared to work on the economic and social tragedies that confront schools every day there is little on what might be called in other disciplines ‘disasters’. 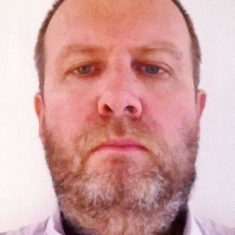 Professor John Preston is professor of education at the University of East London, an ESRC Global Uncertainties Fellow and Co-director of the International Centre for Public Pedagogy (ICPUP)