At the time of writing, I notice poppies are on sale for Remembrance Day. It strikes me that ignoring the effort to defeat Hitler would have been unthinkable – it framed everything we did. It didn’t halt important work such as Butler’s 1944 Education Act, but the war was the overarching context in which all other activity took place.

There are few obvious comparisons with climate change, building quietly over decades and lacking any clear patriotic angle, but the existential threat is clear. Surely that alone behoves us to consider how we are supporting efforts to mitigate the impacts and adapt to the likely effects of catastrophic climate change at every opportunity (see this recent response from 1,000 higher education academics).

The word ‘catastrophic’ marks me out as an alarmist, pessimist or dupe (possibly all three). Turns out not everybody agrees that climate change is such a threat. I’ve found websites telling me not to worry – the Science and Public Policy Institute has been doing so for 10 years; dig deeper of course and one finds fossils (ExxonMobil in this case). Other sources are keen to demonstrate how climate is being overblown by a nexus of vested interests, from the UN to the World Economic Forum, which wants us to focus on this latest doomsday cult while they steal our rights and freedoms – check out the painstaking investigations of Cory Morningstar. Then again, Lomborg (2001) argues that to save lives cost-effectively we should tackle more immediate dangers such as malaria. At this point I confess that personally I fret more about biodiversity loss than climate change; we can’t survive alone – but that’s another story.

My point is, if you don’t buy the climate catastrophe line or don’t see it as the biggest issue facing us, that’s understandable; there are plenty of reasons to think differently. If, on the other hand, you accept that this is really happening (and your reading thus far suggests some sympathy with this view), then there’s no shortage of evidence to support you. The Mauna Loa Observatory has been charting the inexorable rise in atmospheric carbon since 1958 (see today’s readings here). They also chart methane, nitrous oxide and sulphur hexafluoride levels – all rising.

As for impacts, we’re familiar with reports of retreating glaciers and shrinking ice sheets – and ‘wasn’t last summer a scorcher?’ I’ve witnessed (and smelled) failing traditional ice cellars in Alaska where Iñupiat Eskimos can no longer store whale meat because the permafrost is thawing. The alarming implications of this for massive methane release and positive feedback on the climate system are outlined by Bendell (2018).

All of which places a burden on educators, particularly on those who educate the young. We wouldn’t wish to depress them but maybe it’s too late for that – they’ve heard the news. If we tackle this in classrooms, are we being too political? Yet if we believe there’s an existential threat and don’t frame our work in that context, what are we doing? Education as displacement therapy? Playing music to lift the spirits of our doomed passengers? And what if we confront this? Where is the space for human agency in all this catastrophising? Are we raising false hope? The work of Ojala (2017) is helpful here, highlighting the need to negotiate the line between blind faith and realistic hope.

In addressing climate change, doing something is critical no matter how futile. It’s good for mind and body let alone the possibility of making a small contribution. In our complex, adaptive social-ecological system, every action we take (or not) changes something. Perhaps the greatest challenge for education is not talking about all this but allowing opportunities for meaningful student-led action – giving space for education as world making and thus world changing. This is where educational researchers come in. Strong evidence-based arguments that can be marshalled to embolden policymakers are crucial.

‘In addressing climate change, doing something is critical no matter how futile. It’s good for mind and body let alone the possibility of making a small contribution.’

Once we acknowledge the scale of the climate challenge, our perspective changes; the second world war isn’t such a poor analogy, only the context isn’t a world at war, it’s a war for our world. 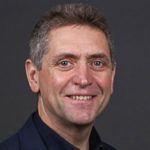 Senior Lecturer at University of Gloucestershire

Paul Vare leads postgraduate research in education at the University of Gloucestershire. With over 30 years’ experience in education for sustainable development (ESD), he worked on the UN Economic Commission for Europe’s ESD Strategy and currently researches ESD internationally. Paul co-authored the book The world we’ll leave behind with Bill Scott (Routledge, 2018).

All from this series
The right to protest: A children’s rights perspective on the school climate strikes

A different kind of education…

Crisis for whom? Education for climate justice in Scotland