Research on ‘giftedness’ and ‘gifted education’ often feels like a marginalised endeavour, one which is quite rightly viewed by many as elitist. We have ample evidence to demonstrate that those with the most cultural capital are also those most likely to appear on registers of gifted and talented pupils (Campbell et al 2007), despite a National Strategy (1997-2011) designed in large part to disrupt this pattern of cultural reproduction. Why then do we continue to label individual students as ‘gifted and talented’? The terminology of giftedness has no agreed definition (Freeman 1998), was not recommended by the Select Committee (1999) advising the New Labour government, and essentialises ability in a particularly unhelpful way, carrying overtones of something bestowed on a lucky few. Why are we seemingly trapped in an essentialist logic of natural difference, despite a professional community ambivalent to such practices at best and resistant at worst (Radnor et al 2007), and a wealth of educational research based on a social justice agenda providing ample critiques (e.g. Borland 2005).

sociological approaches are largely conceived around critiques of the construct of giftedness rather than the lived experiences of pupils, parents and teachers

There are a variety of possible reasons why we are where we are, but I have suggested that the theoretical and disciplinary divide in research in the field contributes to the lack of progress (Mazzoli Smith 2014). Whilst sociological work on giftedness has done much to critique the normative thinking in educational and differential psychology, its impact only goes so far. Tending to adopt a constructivist stance, sociological approaches are largely conceived around critiques of the construct of giftedness rather than the lived experiences of pupils, parents and teachers. Meanwhile the research base on which the testing and identification movement rests tends to be the preserve of psychologists of education and/or those who advocate on behalf of ‘gifted pupils’. This body of scholarship uses largely empiricist methods and tends to hold to a positivist worldview, often invoking arguments which link gifted youth to future national prosperity (e.g. Eyre 2011). I see little dialogue between the approaches and few studies which fall outside of their parameters.

It is this impasse between the main bodies of research on giftedness, which I argue contributes to the entrenchment of the status quo. Engagement with the more progressive aspects of the field, focused on contexts that foster optimal development for all learners, rather than colluding with the practicies of elitism, may constitute a step away from them (Mazzoli Smith and Campbell 2016). A greater number of educational researchers could support the growing calls to dispense with such anachronistic terminology and the practice of individual labelling (e.g. Matthews and Dai 2014). A wider set of research methods could give voice to a wider range of stakeholders on these issues, not least students themselves. This in turn would enable a more nuanced understanding of the place of values and beliefs in embedding practices which differentiate (Mazzoli Smith and Campbell 2012). To my mind such understanding is crucial for progress, since what is needed is the kind of research impact that not only changes policy and practice in this area, but discourses and cultures around giftedness too.

My research has yielded narratives about being labelled ‘gifted and talented’ which, analysed on a number of different levels, reveal deeply felt, normative, contradictory and contingent beliefs and values which cannot be adequately explained through either a constructivist or an individualistic lens. To bring such patterns into view requires a wider set of research methods than are currently the norm in this area. A more diverse body of research could also play its part in mitigating the increasingly instrumental discourses of individual achievement which continue to assail the educational landscape, through recourse to a broader and richer dialogue about human flourishing. By remaining a marginal endeavour however, the field is polarised around particular arguments, which limit the tools we give ourselves to effect a much needed sea change in this area. As Michael Apple (1996) says, we should invest in a process of participation in the creation of meanings and values and nowhere is this more needed that in the field of gifted education studies. 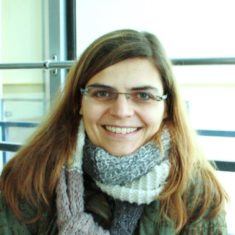 Laura Mazzoli Smith has a PhD in the sociology of education from the University of Warwick. She was previously a Senior Research Fellow at the National Academy for Gifted and Talented Youth, and has held visiting research positions at the Universities of Warwick and Cumbria whilst working with a variety of organisations in a freelance capacity. She is currently a member of the Research Centre for Learning and Teaching at Newcastle University, where her research interests are in the areas of social justice, widening participation and access to HE, out-of-school learning, and the potential of narrative and life story research to reveal and disrupt deficit discourses in education.