This report investigates the impact of Covid-19 on the mental health and learning of young children through surveys and interviews with early years practitioners, and interviews with parents. these reveal a surprising variety of unique responses to the pandemic, influenced by the social, physical and psychological variables that characterised respondents’ lives.

Among its findings are that disruption to key person roles as a consequence of the pandemic significantly affected the ‘triangle of trust’ between parent, child and practitioner and reduced the consistency of the emotional support for children. While children with special educational needs and disability were particularly affected, the authors conclude that assumptions were often made about children’s resilience that did not reflect awareness of the impacts of traumatic events on young children, and that further research is needed into how to create and sustain networks of support particularly but not only during times of crisis.

The project was a partnership between York St John University and Kids Planet Day Nurseries, investigating the impact of Covid-19 on the mental health and learning of young children, as perceived by practitioners and parents. Data were collected from a survey and interviews with practitioners, and interviews with parents whose children were cared for within KPDN settings. Although Covid-19 has been recognised as a global trauma and presents as the same ‘objective’ reality for all, each person has had a unique experience of it, influenced by the social, physical and psychological variables which characterised their lives. Specifically, it was discovered that the key person role was disrupted, significantly affecting the ‘triangle of trust’ between parent, child and practitioner, thus reducing the consistency of the emotional support for children as the pandemic progressed. Children with special educational needs and disability (SEND) were particularly affected. Assumptions were made about children’s resilience that did not always reflect awareness of the emotional and psychological impact of a traumatic event on young children. It was concluded that, as we reflect on lessons learned from the pandemic, we should place greater emphasis on the centrality of positive relationships and engage in further research to learn more about what is required to create and sustain networks of support, particularly during times of crisis. 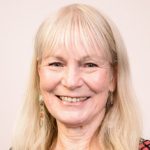 Dr Joan Walton is senior lecturer at York St John University in the School of Education, Languages and Psychology. She teaches on MA and EdD programmes, and supervises doctoral students. Her early career was as a social worker with children and... 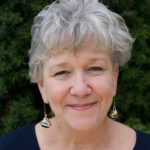 Janice Darkes Sutcliffe has a teaching background, working in both mainstream and SEND provision. She was a local authority early years advisory teacher working closely with early years practitioners and leaders across the range of provision in...

‘Why won’t you leave?’ The question we should be asking nursery staff who choose to stay in the profession