After teaching history in comprehensive schools in London, Pamela joined the University of Stirling as a research fellow in 1979. She was appointed as lecturer in Applied Research at the University of York in 1984 where she taught courses on action research and supervised experienced teachers researching aspects of their own practice. She moved back to Scotland in 1986 as a senior research fellow and later Depute Director of the Scottish Council for Research in Education. She became a Professor of Curriculum Research in 1994 first at Heriot-Watt University and latterly in 1998 at the University of Edinburgh when Moray House Institute of Education merged with the University. Her main research interests were in education policy and in school culture as evidenced in behaviour management and classroom practice. She attracted research funding from several sources including, ESRC, the Leverhulme Trust, the Scottish Education Department and its successors, local authorities. She became the Head of the Moray House School of Education in 2002. She chaired the Applied Educational Research Scheme in Scotland, a collaborative venture to build educational research capacity and was a member of several national committees including those for children’s charities in Scotland where she sought to raise awareness of research perspectives on issues of the day. She was awarded the OBE for services to education in 2005. She was BERA president 2007-2009 and worked with Geoff Whitty to establish a professional office for the Association. 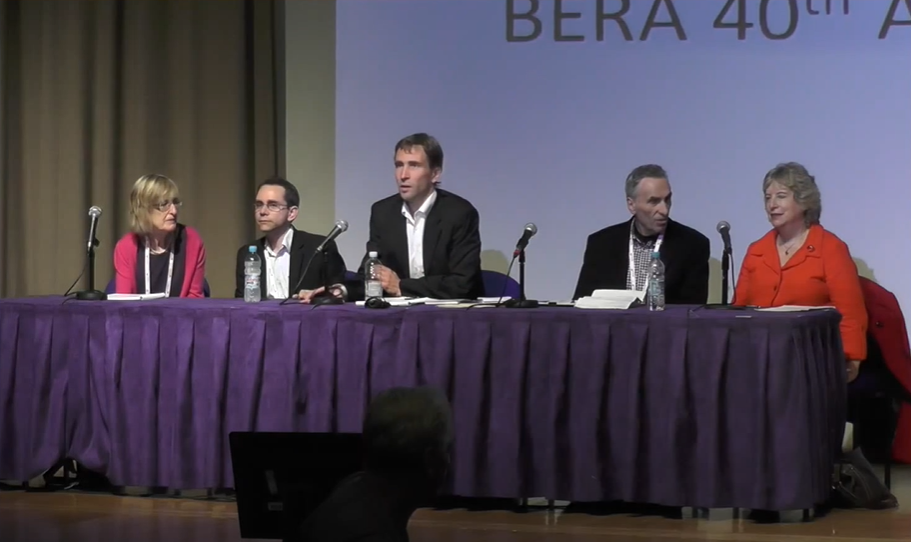