A balloon depicting President Donald Trump in the guise of a baby was inflated in Parliament Square in London on 13 July 2018. As the central image of the street protests during Trump’s visit to the United Kingdom, the Trump Baby acquired global status in the anti-Trump movement through an enduring presence on social media. The Museum of London’s subsequent acquisition of the inflatable Trump Baby secured its future within London’s cultural heritage. Viewed through the lens of an aesthetic of protest, the Trump Baby is a humorous material object that ‘depicts Trump as a snarling baby in a nappy with tiny hands and moobs’ (McGarry, 2018). While this caricature might be critiqued as ‘blimp’ and ‘simplistic’ (Fenner, 2018), the protesters, as socio-political actors, have appropriated the image of the baby.

Within the aesthetic Trump and baby are inseparable; the image embodies the values of unfairness and injustice associated with Trump’s authoritarianism (Robson, 2022). The Trump Baby generates a feeling of uncertainty; it obscures the agentic child as citizen as she is subsumed by Trump’s nepotism, racism and misogyny. Viewed through the postmodern perspective, the child becomes the manufactured stranger and as such is feared (Bauman,1997). A narrative emerges of the child as powerless, irrational and without agency, rights or capacity. The Trump Baby is ‘the oppressed who have been denied the sources for identity building and so (for all practical intents and purposes) also the tools of citizenship’ (Bauman, 1997, p. 34). In the protest, adults mock and humiliate the child.

Yet there is something far more sinister happening here; the Trump Baby becomes Bauman’s postmodern vagabond, and as an alter ego represents the protesters’ innermost fears. In the ritual of public protest, the Trump Baby takes on new meaning: the inflation of the balloon announces the arrival of the vagabond, and her deflation represents the exorcism of Trump’s beliefs and values. A critical reading of this performance, through the postmodern lens, suggests that protesters move from claiming the image of the child to exercising power over her through oppressive and destructive actions. The hostile space of public protest symbolises the fragility of children’s status as citizens.

‘In the ritual of public protest, the Trump Baby takes on new meaning: the inflation of the balloon announces the arrival of the vagabond, and her deflation represents the exorcism of Trump’s beliefs and values.’

So where can young children’s citizenship be defended and nurtured? Adults working in early childhood nurseries can adopt a range of potential responses that enable children’s citizenship to flourish. First, they can disconnect the child from the values of hate, greed, unfairness and anger that are embodied in the Trump Baby. By bringing to the foreground children’s competency and agency, adults can engage in democratic practices where children construct and enact values of empathy, solidarity, justice, respect, joy and hope (Robson, 2019). Second, adults can reflect on the complex ways in which pedagogy positions adults and children. For example, Puroila et al. (2016, p. 33) conceptualise a pedagogy that embodies caring values; here the practitioner has an ‘unhurried presence’ where they listen to children’s concerns and engage in dialogue. And third, adults can position children as social actors engaged in forms of social action within the nursery and in their wider communities. For example, children may exercise agency in their refusal of a citizenship identity that is predetermined by adults (Bath & Karlsson, 2016). In this way, adults could accept that young children can question the way they are treated by others. Such responses, by early childhood practitioners, may prompt reflection on the interdependency between adults and children in the realisation of young children’s citizenship. In this way, the values and pedagogy in the social world of the nursery have the potential to disrupt the hostile and oppressive discourse about children generated by the Trump Baby.

McGarry, A. (2018, July 12). Trump baby balloon: Why humour is such a powerful form of protest. The Conversation. https://theconversation.com/trump-baby-balloon-why-humour-is-such-a-powerful-form-of-protest-99724 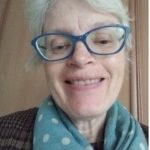 Jennifer Robson is a senior lecturer in Early Childhood at the School of Education and Communities at the University of East London.

‘Talking back’ to the securitisation of higher education classrooms