Despite years of monitoring and targets, the professional workforce of education, from early years to university, remains generally unrepresentative of the wider population that it serves, in terms of indices such as gender, social class and ‘race’; this is even more marked at leadership levels (Cabinet Office, 2017). The production of educational knowledge is, therefore, predominantly the outcome of the collective contributions of a partial and skewed sample, with restricted opportunities for its underpinning assumptions to be challenged by those who can offer different gender, social and cultural perspectives.

In order to make progress in tackling inequality, education needs to do its share of the hard work of denaturalising privilege. Thus the need for, and the right of, teachers, researchers, parents and children to ask uncomfortable questions that challenge practice and contribute to the production of new educational knowledge (hooks, 2003).

Privilege is, by its very nature, entrenched in the dominant societal discourses (Foucault, 1977). In education it is embedded in institutions, roles and practices, and in the flow of power across the networks of relations linking teachers, children, parents, teacher educators, researchers, inspectors, professional bodies and government. We are all enmeshed in a hyperconnected assemblage (Deleuze & Guattari, 1988), masked by hierarchical and boundaried social, institutional and political structures. These structures privilege some knowledge and perspectives and ignore or silence those from marginalised groups, further entrenching inequality. They treat some people as though they belong, and treat some as though they do not – as though they are ‘others’ who do not ‘naturally’ fit, and instead need to be accommodated or (to an extent) assimilated.

Social media offers platforms on which people from marginalised groups can – via blogging, tweeting, and so on – challenge the trivialisation of people and events inherent in tokenistic approaches towards promoting equity and inclusion. Specifically, this can help to identify some of the inherent and often silent assumptions in commonplace understandings of diversity that privilege ‘the norm’ and position marginalised people and groups as deviating from it. The (relatively) flattened hierarchy of social media allows individuals who are not already in positions of power and institutional influence to join in and challenge debates and practices, bypassing traditional, institutional and media gatekeepers.

‘Discomfort is part of the emotional labour of dismantling inequality. Making visible the quietly violent processes that maintain privilege is not, and should not, feel comfortable.’

An ethics of commentary on educational practice needs to champion the importance of a multiplicity of voices and perspectives within institutions and on social media, so that marginalised people and groups are respected as subjects who speak and not treated as objects to be ‘fixed’. A first principle that can support this project is to recognise that discomfort is part of the emotional labour of dismantling inequality. The discomfort of others, and our own discomfort at having our words, practices, actions and inactions challenged, needs to be acknowledged, examined and dealt with rather than ignored or pushed away. Making visible the quietly violent processes that maintain privilege is not, and should not, feel comfortable.

Part of this discomfort is linked to the concept of boundaries. Boundaries are a particular feature of education: boundaries of age and of ‘ability’ are used to group children; boundaries of location to sort families into catchments; boundaries of qualification to separate professional roles in schools; boundaries of job title and institutional (un)belonging to separate out who can and cannot claim the right to claim that status of ‘teacher’. Boundaries often depend on ascribed or attained status and the policing of ascribed or attained identities. However, boundary-crossing is fundamental to tackling inequality: it is a powerful means of denaturalising and destabilising inequitable structures. Thus, a second principle for an ethics of commentary could lie in recognising that our individual identities are not fixed or singular. They are intersectional. They cross boundaries and combine perspectives of privilege and marginalisation that should be examined. 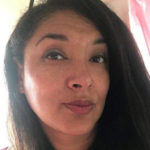 Lecturer at University of Sheffield

Dr Yinka Olusoga is a lecturer in education and Course Director of the BA in Education, Culture and Childhood at the University of Sheffield. Her research and teaching focus on discourses and histories of childhood, play and education. She engages in critical work with historical and archival material, examining intersecting discursive constructions of social class, gender and race. She also researches environments for children’s play, creative engagement and digital literacies, and the inter-generational co-construction of play and storytelling. Yinka is a co-investigator for The Play Observatory, an ESRC-funded project examining children’s play experiences during the COVID-19 pandemic, data from which will establish an archive for future researchers.

All from this series
The edublogger, the school and the academy