This blog post is based on our recent article in which we explored how Chinese preservice teachers perceive appropriate technology use in early childhood education (ECE) and how Chinese traditions and Western influences have shaped their views (Dong & Mertala, 2020). Our interest in studying the interplay between Chinese educational traditions and foreign ideas was based on the notion of contemporary Chinese ECE as a hybrid combining Chinese cultural traditions and Western influences; ’a fusion of participatory and transmissive pedagogies’ (Huang, Yang, & Li, 2019). Chinese educational traditions refer to rote learning, subject-based curriculum, and whole-class instructions, which draw from communist ideology and Confucianism. Western influences, in turn, refer to play-based, participatory and child-initiated pedagogies, and they have been endorsed and promoted by the Chinese government since the 1980s, mainly through curricular reforms. Technology integration provides an information-rich case to explore the interplay between Chinese traditions and Western influences because it is typically presented as a catalyst for change towards participatory and learner-centred pedagogies.

‘Technology integration provides an information-rich case to explore the interplay between Chinese traditions and Western influences because it is typically presented as a catalyst for change towards participatory and learner-centred pedagogies.’

To gain an understanding about the phenomena under discussion, we conducted in-depth qualitative interviews with eight purposefully selected participants based on their willingess and their professional learning and praticum experience. Through abductive analysis we identified that, while the preservice teachers had internalised the vocabulary of foreign educational ideas, their pedagogical thinking and reasoning were still strongly affected by Chinese traditions. In the rest of this blog we provide examples by focussing on data extracts from two participants, Zhang and Ai.

In her interview, Zhang commented that the use of cartoons would be an appropriate method to teach children English, because ‘though the child may not be interested in English, they must be interested in cartoons’. Ai, in turn, commented, that to judge the appropriateness of technology use she needs to recognise ‘children’s experiences and their understanding after their play with technologies’. Respecting children’s perspectives and initiatives is highlighted in Western ECE philosophy (Tobin, Hsueh, & Karasawa, 2009). Accordingly, the use of media texts – such as cartoons – as pedagogical material in ECE has been highlighted by Western media education advocates (Salomaa & Mertala, 2019). Thus, initially, Zhang’s and Ai’s comments can be understood as examples of how Western educational ideas such as ‘respecting children’s interest’ have been disseminated in Chinese ECE.

That said, we argue that the Chinese traditions are present underneath the seemingly Western surface. This becomes clear when Ai’s and Zhang’s extracts are read more closely. To Zhang, children’s initial interest in cartoons was not pedagogically valuable in itself but she reasoned that children’s ‘interests in cartoons could have subtle effects and they probably will learn something’. Put differently, she suggested that children’s (media cultural) interests are important and should be given space only if they can be ‘pedagogised’ to meet teacher-initiated objectives. This view is in contrast to child-centred ECE which emphasises that the child and their ways to be should be at the very core of educational choices and decisions.

Ai’s reasoning followed the same logic: for her, understanding children’s experiences meant monitoring that children are learning teacher-initiated objectives when using technology. She operationalised this view into an idea that she would have children to play an instructional game around marine wildlife and later show them wildlife pictures to monitor whether the children had remembered or learned new knowledge while playing the game. If the outcome would be positive, ‘then these technologies can be used as an auxiliary means. They can become their unconscious learning resources and media, which can support their unconscious learning, as well as planned learning.’ Even though Ai talked about ‘play with technologies’ and relating to ‘children’s experiences’, she meant teacher-centred activities and assessment of children’s learning.

To conclude, our findings support Huang, Yuang and Li’s (2019) argument that a Chinese ECE hybrid model ‘looks like a participatory but works like a transmissive pedagogy’. In other words, the preservice teachers were able to talk the Western talk but walked the traditional walk – a notion which challenges the prevalent idea of technology as an educational change maker. To embrace technology for educational practices, teachers’ education and professional development should play a critical role.

The blog is based on the article ‘Two worlds collide? The role of Chinese traditions and Western influences in Chinese preservice teachers’ perceptions of appropriate technology use’ by Chuanmei Dong and Pekka Mertala, published in the British Journal of Educational Technology.

Dr Pekka Mertala works as a post-doctoral researcher in the Faculty of Education at the University of Oulu, Finland. His current research interests include the narratives and discourses of and around digitalisation and datafication of education. Twitter: @Mertala_Pekka 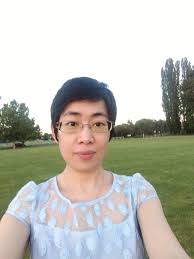 Dr Chuanmei Dong is a lecturer at the School of Education at Macquarie University, Australia. She is interested in exploring early childhood educators’ perspectives and practices, and young children’s use of digital technologies in the early years.

What can multimodal data tell us about learning? Opportunities for positioning the learner as the real protagonist in learner-centred design