In a recent and yet-to-be-published qualitative study, I explored the possible contribution of care farming (the therapeutic use of farming practices) to young people’s engagement with learning. This research, based on three English care farms, gathered the perceptions and experiences of young people (aged 13–16) who were pursuing an alternative curriculum on a care farm. The insights and experiences of care farm providers and school support staff were also gathered as part of an ethnographic methodological approach.

Data were captured during typical farming practices such as collecting eggs, fencing and sheep shearing to capture the emerging empirical evidence; while unstructured interviews, photo elicitation and semi-structured interviews were triangulated with copious fieldwork notes.

Young people across the study sites shared their frustrations towards the restrictiveness of the school curriculum and the constraining nature of school structures, detailing the desired outdoor environment in which they preferred to learn.

‘My school classroom had no windows, made me feel claustrophobic.’

Narratives from the young people evidenced aspects of humiliation, shame and in some cases physical pain, that they had experienced while attending a mainstream school. This deficit position often resulted in their decision to self-exclude and face a formal exclusion.

‘I just shout; what’s the point in being quiet and nobody hears you, then nobody understands?’

My research further suggested that care farms provide a nurturing and enabling learning environment for young people to self-discover and be free from the humiliation and frustration experienced, by some, in the traditional schooling system. These insights build on the work of Elsey et al. (2016) and Murray et al. (2019) who suggested that a care farm offers an environment to relax the mind.

‘If Kieran can’t do something in school… he’ll scream. He just gets himself so worked up, sat there in a classroom environment, he can’t cope.’

Findings from this study build on the conclusions made by Leck (2013, p. 235) who discovered that the unique combination of elements on a care farm – such as the natural and physical space – impact on multiple aspects of human health and wellbeing. My own research identified that there are further factors that the care farm environment offered young people, such as meaningful nature-based activities and nurturing relationships with staff and other participants. The relational and dialogical style of communication described by participants bears resemblance to the values of informal education pedagogy (Batsleer & Davies, 2010).

‘You can talk without getting judged on what you say.’

Davies (2010, p. 2) states that working with young people informally is ‘rooted in respect’ taking into account their ‘individual richness’; something evident and unmistakeable on the three care farms at the heart of this study.

The most significant finding, however, was the compelling interplay between the values of informal education, the care farm context and the natural environment. The informal relational discourse harnessed by the staff, young people and other farm participants synergised with the nature-based pedagogy and multitude of learning contexts on a care farm. This synergy of four elements provided a catalyst for young people to learn practically, socially and introspectively. Figure 1 captures this intersection:

Figure 1: Intersection of learning on a care farm 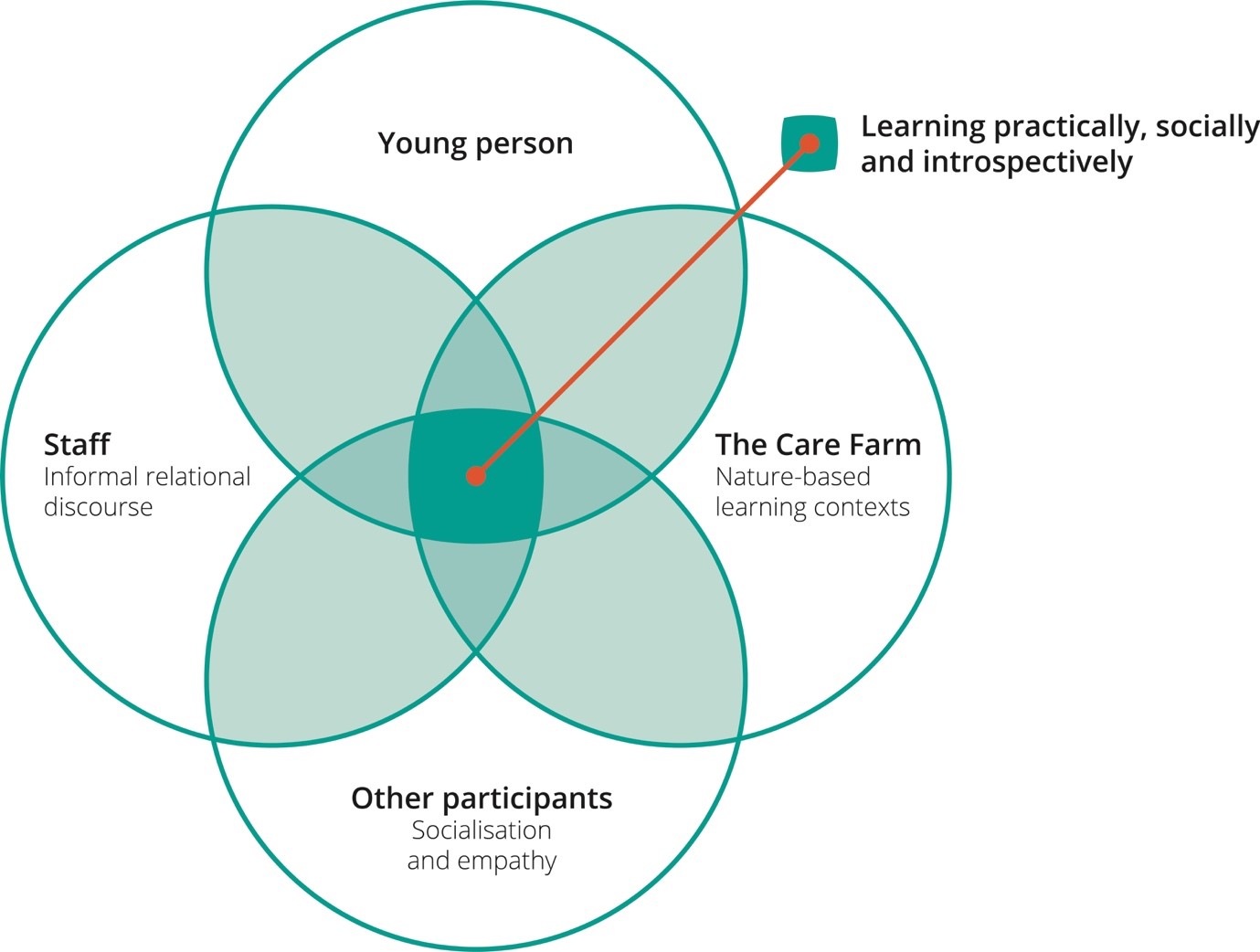 Data from the study have serious implications not only for how care farms are perceived as invaluable alternative curriculum providers, but also for the mental health and wellbeing of many young people who continue to suffocate in the mainstream schooling system. Realising the potential of care farms to contribute to young people’s engagement with learning is critical to enabling many young people to transform their lives away from a vortex of failure to a haven of accomplishment and pride. 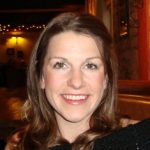 Rachael Fell-Chambers is a senior lecturer at Bishop Grosseteste University teaching across several work-based degrees. Having managed alternative curriculum programmes for many years, Rachael is passionate about working with young people; she completed her PhD at the University of Hull exploring care farming, learning and young people. Her research interests focus on nature-based pedagogies and how they can be embraced within educational systems.