White Papers are unusual nowadays. Usually Secretaries of State rush too hastily to legislation which, in consequence of the haste, creates new and unforeseen problems.

the Secretary of State … controls virtually everything she surveys

This White Paper marks the end of the post Second World War consensus about sharing power in education among three more or less equal partners – central government, local government (once called Local Education Authorities) and the teaching profession. For 35 years post the 1944 Education Act there were no education Acts and the Secretary of State had but three powers. In the 25 years that followed there have been 40 plus Acts of Parliament and the Secretary of State has over 2000 powers. If this White Paper becomes law, she will complete the process, started in 1988, by which the Secretary of State has captured virtually all the educational powers that matter. In effect she controls everything. If parents have a complaint, she will decide if they are justified. She controls virtually everything she surveys. She controls what is taught, increasingly how it is taught, who should be a teacher, and she will hold contracts with all schools when, as the White paper proposes they become academies. In effect the process sees the ‘nationalisation’ of the schools.

The exceptions to this process will be the multi-academy trusts which will be the guardians of all the schools budgets within their trusts. (Some are already exercising rigid control of all their schools and are paying their CEOs like CEOs in the FTSE 100 index. Certainly they have proved less reliable guardians of good educational standards than might have been hoped) The Secretary of State’s power will extend to the introduction of a so-called ‘fair funding’ system but whose fairness, for example, will not extend to recognise the huge challenges some schools in socio-economic disadvantage face as a result of pupil and family mobility. Defining ‘fairness’ – like determining ‘British Values’ and then instructing a supposedly independent chief HMI to make sure schools are teaching them- is another of her powers.

When this process started in 1987 I wrote a piece for the Observer, under the headline ‘First Steps on a Downward Path’ pointing out that the Secretary of State would gain 250 powers and that there lay the real danger lay in the threat to a healthy democracy. I compared what was then being proposed to the actions of the authoritarian church states of the 16th century and conjured up images of brown and black as I prayed in aid of my argument our post war determination to avoid the totalitarian tendencies of continental Europe in the 1930s. I concluded that Observer article by ‘fearing not for my children but my grandchildren’. And so sadly it has turned out.

It is now the case that Nicky Morgan has more powers over what is taught and how it is taught than any national minister in any developed country and arguably slightly more than Stalin, Mussolini or Hitler. I confess I never imagined, even in my wildest nightmares, that a Secretary of State would send a copy of the King James Bible to every school even as he was ignoring – no encouraging – the disintegration of the teaching supply chain. Marie Antoinette would have been proud of him.

why in the United Kingdom do the Scots, the Welsh and the Northern Irish do things so differently

Maybe this centralisation of power doesn’t matter. But if it doesn’t why in the United Kingdom do the Scots, the Welsh and the Northern Irish do things so differently? Do those future UK citizens not need to be taught British Values?

This White Paper together with the consultative document on Fair Funding contribute to a sense of powerlessness which is the enemy of democracy itself. 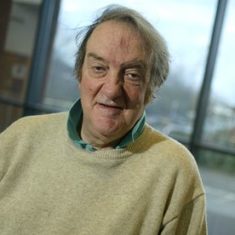 Sir Tim Brighouse is the former chief commissioner for schools. He was knighted in the 2009 New Year Honours. He taught in Grammar and Secondary Modern schools. After various administrative posts he became Deputy in the ILEA and then for ten years was the Chief Education Officer in Oxfordshire. He was Professor at Keele University for 4 years and then CEO in Birmingham for ten and Commissioner for London Schools 2002-2007 where he led the London Challenge

Can We Stop It? Yes We Can! Stamping Out English Cultural “imperialism”

Teaching reading: what are our long term goals?