The north-east of England is one of the toughest places in the country for young people to gain employment (Carter, 2012). Young people from the region are more likely to drop out of education at age 16 than anywhere else in England (Social Mobility & Child Poverty Commission, 2014). This translates to a regional NEET (not in education, employment or training) rate that has been the highest in the country since 2014 (DfE, 2020).

For the past few years I have been conducting doctoral research with 15 students aged 16 to 19 at a further education college in the north-east. The focus of my research is the motivations and aspirations of those studying towards a level 1 qualification. English qualifications are arranged into levels: entry level being the lowest and level 8 being the highest. Level 1 is the point in which most mainstream providers will begin to offer qualifications. As such, level 1 is on the initial rungs of the educational ladder.

I was keen to understand the students’ insights and perspectives, so I explored the regional youth unemployment statistics with the participants of my research. During the discussion, one explanation took me by surprise: Margaret Thatcher. Perhaps naively, I had not considered that the impact the Thatcher government had in the 1980s would still be reverberating so explicitly within the north-east.

‘Perhaps naively, I had not considered that the impact the Thatcher government had in the 1980s would still be reverberating so explicitly within the north-east.’

In the early 1980s, the coal industry was heavily subsidised as imported coal was cheaper than coal extracted from UK coalfields (Boyfield, 1985). Government policy led to a reduction in subsidies, which accelerated job losses and led to a year-long miners’ strike from 1984 to 1985 (Silverwood & Woodward, 2018). In the decade that followed there was a systematic closure of collieries; in 1984, 170 collieries were in operation, but 10 years later just 16 remained (Glyn & Machin, 1997).

The topic of Margaret Thatcher arose when I asked what options were open to school leavers in the region. One young man was quick to point out that in his opinion, there was none, ‘cos of Maggie Thatcher’. So, I asked the question, ‘Do you think what happened in the 1980s is still impacting you now?’ In unison, several of the young people quickly, and without hesitation, shouted out, ‘Yes!’, ‘Yeah’, ‘Aye!’. Another young man quickly followed up with: ‘See, cos if Margaret Thatcher never happened, we’d still be down the mines and, like, in the shipyards. We’d have a straightaway job.’ In response, another young person described how his ‘grandad said he left school on the Friday and started working in the pit on Monday’. I rephrased my initial question: ‘Do you feel like you’re still feeling the effect of those [mines] closing down?’ As before, there was a definitive answer, given in unison: ‘Aye!’, ‘Yeah’, ‘Yes!’

It struck me that the young people were experiencing what Avery (2011) describes as ‘social haunting’: a repressed or unresolved social violence, demanding attention of people or a society whose past trauma informs the present. Bright (2016) found young people in the former mining comminuties of South Yorkshire and Derbyshire felt similarly affected. Like the young people in my research, they felt excluded from employment and haunted by the social violence experienced by previous generations.

What is the impact of social haunting on these young people? Will the haunting be passed on to further generations, and if so, in what format and with what impact?

Currently, much of the discussion on social haunting is located within the former mining commuities of northern England. However, more research is needed to understand if and how social haunting is experienced elsewhere, both in the UK and internationally.

Department for Education [DfE]. (2020). 16- to 17-year-olds recorded in education and training and NEET by local authority [dataset]. London. Retrieved from https://www.gov.uk/government/publications/neet-and-participation-local-authority-figures 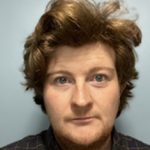 Lee Robinson is a music lecturer at Newcastle College. He is currently in the write-up stage of a doctorate in education, at Newcastle University. His thesis focuses on the motivations and aspirations of level 1 learners within further education. Other research interests include social justice, youth marginalisation, the attainment gap linked to socioeconomic status and digital poverty.