I recently had the privilege of collaborating with a student-teacher (a teacher-in-training) on a pedagogical approach which leverages some of the affordances of augmented reality (AR).

As a research scientist at the National Institute of Education (NIE), Nanyang Technological University, in Singapore, my team and I have been working alongside teachers, school leaders and officers from the Ministry of Education to help design curricula in a variety of disciplinary domains to surface the intuition of novices through phenomenological lenses (for example, diSessa, 1983). Our philosophy of Disciplinary Intuitions (Lim, 2015) is elaborated upon at our team’s Google site.

In 2018, we thought it might be interesting to explore the ways in which approaches to using AR in contexts of learning might possibly be extended, from the perspective of Disciplinary Intuitions (Lim et al., 2018). We collaborated with chemistry educators at the National Pingtung University in Taiwan on a pilot study which afforded their undergraduate students opportunities to sketch – in three dimensions – their nascent understandings of the structures of molecules, using a freely downloadable smartphone app (‘Just a Line’ from Google).

Last year, I partnered with Ryan Lim – who is presently studying at the NIE as a budding history educator – to extend this approach of ‘learner-generated augmentation’ (which can trace its philosophical roots to Husserl [1913]) in an effort to understand how it might help the mnemonic strategy of the ‘memory palace’ (otherwise known as the method of loci). Memory palaces are essentially constructions within the learner’s imagination which seek to help one to recall facts by associating these facts to specific ‘sites’ (or loci) within the imaginary constructions. As described, memory palaces are therefore exclusively within the imagination of each learner and there is little effective way for a teacher or peer to engage in dialogue around these constructions.

‘We encouraged the learners to use elements in real-world environments with which they were already familiar as loci within their memory palaces.’

Using the aforementioned approach of learner-generated augmentation and inspired by the work of Kress (2008), we designed and conducted a small study (Lim & Lim, 2020) in which the primary activity was for participants to sketch – in three dimensions – representations of what they deemed to be significant facts from a given historical text, using their immediate local environments as their canvas. In other words, we encouraged the learners to use elements in real-world environments with which they were already familiar as loci within their memory palaces.

We had hoped to share an extended discussion of our analysis from this study at the Constructionism 2020 conference, which was to be held at Trinity College Dublin between 26 and 29 May but was cancelled due to the Covid-19 crisis. However, our paper is published in that conference’s proceedings, and we look forward to interacting with, and learning from, you through at other fora in future.

This blog is based on the article ‘Semiotics, memory and augmented reality: History education with learner-generated augmentation’ by Kenneth Lim and Ryan Lim, published in the British Journal of Educational Technology’s special issue on augmented reality. 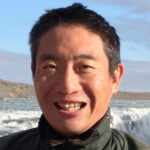 Kenneth Y. T. Lim is one of about a dozen people worldwide to have been invited by Unesco as a member of the organisation’s inaugural Symposium on the Future of Education for Sustainable Development (Asian case study), 2016–2017. He has extensive experience in curriculum design, teaching and training in various contexts, and designing research interventions around the investigation of new media literacies. In recognition of the quality of his research and the scalability of his practice, his work was chosen as one of only five Research With Impact case studies for the National Institute of Education’s Office of Education Research/Office of Strategic Planning and Academic Quality ‘Research Excellence Report’ in 2017. Kenneth edited a book titled Landscapes of participatory making, modding and hacking: Maker culture and makerspaces which was published in 2017, alongside a second title in 2018, namely A guide to developing digital games for early grade literacy for... 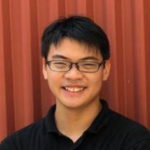 Ryan Lim is currently pursuing his undergraduate degree at the National Institute of Education of Singapore and is training to become a history teacher at the secondary school level. He is passionate about learning from many different academic disciplines and in doing so, hopes to utilise these insights to make the teaching of history more interesting and effective for students. As part of his undergraduate course, Ryan has previously completed research on areas such as perceptions of gender in the classroom amongst trainee teachers in Singapore and anti-opium sentiments in Singapore between 1906 and 1942.