It’s 2006 and I’m in Paris with a collective of Three Dimensional Design students, drawn from all three year-groups of the Reading-based undergraduate programme, and two other dedicated staff including the programme leader. The Level 4 – or first year cohort is set a task that requires adjustment to the most vernacular textures of the city’s fabric, recording its palette of signs and inscriptions with an alertness to incongruity predisposed by working close to the pavement, using frottage. Necessarily then, they keep to the less travelled locales.

The programme leader has devised a more elaborate project for the other, Level 5 & 6 students, who are formed into teams and issued with a project pack that consists of his fastidiously modified cartography bearing a transecting line running north-south, superimposed over a map of central Paris, where all proximate street names and identifying landmarks have been removed. Their task is to trace this line, in sections over the ensuing four days, by dividing into paired sub-groups operating on a line-of-sight principle. Think theodolite and marker; or – and I surmise this is the more likely source of the technique, Tarkovsky’s magisterial film ‘Stalker’, and the way a weighted strip of textile is employed to navigate the lethal Zone. The sub-groups exchanged roles and extended their reach on their exploratory line, discussing the results each evening in an open forum with the staff team. Despite the cinematic analogy, such is the concentration and focused enthusiasm of these students, that the only real concern for safety is expressed around the reported behavior of a young man with high-vis panels set into his winter jacket (it’s inter-semester week or shortly after) who found that with this attire he could direct traffic at will. He was quickly persuaded to desist.

The project culminated in team presentations that were part performance, part narrative and part display. With the infectious energy of discovery infusing our horizon (and knowing that from this vantage point, less than a decade later, no-one could effect this strategic erasure of street names, such is the ubiquity of mapping software), I found myself in the Beaubourg outside the Centre Pompidou, a little reluctant to submit to the kind of gallery experience I would normally avoid. Re-acquaintance with a building I had visited when it was first open to the public did nothing to supplant this negative apprehension; nor did the fact that a grand exhibition surveying twentieth century art, and entitled (improbably from a Francophile perspective) ‘Big Bang’, was the only visual art on offer. Confident that I would emerge within the hour, I set off along the axial route pausing only to glance at and away from the increasingly large-scale works of art arrayed along it. Objects displayed in vitrines provided respite from this sense of tragic aggrandizement: in one I noted Heidegger’s Sein und Zeit in its original almanac edition of 1927, bearing the dedication to Husserl that he later removed. In another, this intriguing artifact attributed to Alison and Peter Smithson, a grid arrangement of beautifully edited and shot black and white photographic images of children playing, with evocative stenciled themes identified along one edge. As a document its purpose was to challenge the post-war orthodoxy of city zoning associated with Le Corbusier and his dominant influence at the Congrès International d’Architecture Moderne. Citing play, it set about ‘urban re-identification’. Its high shadow and milky-toned photography reminded me of similar images of Scandinavian playground activity in a book I had briefly owned when chair of my local playgroup. Later I learned that they were commissioned from their Independent Group associate Nigel Henderson. As the Smithsons were among those young architects that comprised Team X, a tendency emergent from within CIAM espousing a rejection of the Modernist ideal of city planning, perhaps even the ideological basis of this ephemeral document along with any autographic claim, dissolves in the collaborative endeavour that it properly represents. No matter: the reverberations are still being felt.

And here my recollection arrives at a co-incidence of Turner Prize nominees. ‘Seizure’ is a work by Roger Hiorns made for an empty social housing unit near to London’s Elephant & Castle in 2008. The following year he was among the nominees short-listed for this most prestigious of accolades. BERA members who are prepared to travel out of Leeds when attending next year’s annual conference, can literally enter into the Hiorns piece at Yorkshire Sculpture Park, where it is preserved in a rather different setting. It is clear from published interviews that Hiorns was critically engaged with the architectural style dubbed Brutalism and in particular the legacy of the Smithsons. The forthcoming exhibition at RIBA Portland Place, for which we are to anticipate “an immersive, touchable and conceptual installation that will reveal examples of play designed for these structures” has been commissioned from Assemble: who in turn are among the recently announced nominations to win this year’s Turner Prize. http://www.architecture.com/WhatsOn/June2015/TheBrutalistPlayground.aspx

For those whose activism is informed by less high profile reactivation of the donated archive, and who are prepared to contribute by subsuming themselves in the process, this archival activity hosted at the MayDay Rooms should be of interest. http://maydayrooms.org/archives/four-corners-wilf-thust/

A final word for all those who bear the scars of an unforgiving play environment on their knees and elbows, and for whom they are more enduring than tattoos . . . 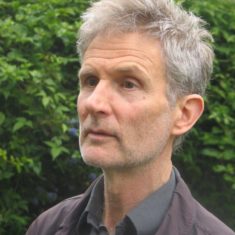 Michael Marshall taught for many years as associate lecturer in cultural and contextual studies in art schools including Epsom (UCA) and London College of Communication (UAL). He was full-time lecturer in historical and contextual studies at Reading College and School of Arts and Design and the successor body Thames Valley University from 2003-2010. He is currently working on a monograph commission for Sense Publishers, in the series Doing Arts Thinking: Arts Practice, Research and Education