Wellbeing discourses related to children and young people are on the rise not only in research, but also in policy and practice. Often the construct of wellbeing is used as a measure of quality of life, referring to a wide range of phenomena, social dynamics, socioeconomic indicators and subjective experiences. These draw upon different disciplines – from education, psychology and philosophy, to youth studies, economics, social welfare and political studies.

On the surface and in everyday use, ‘wellbeing’ is a relatively undisputed concept. It refers to being-well – that is, having an optimal psychological experience and functioning. Not many (dare to) contest its importance and value, either in everyday use or for schools. It is also relatively uncontested that wellbeing is closely intertwined with children and young people’s learning, motivation and school achievement. It is only natural that research-based school practices and policies attempt to endorse the transformative potential of the concept – that is, its potential to stimulate analytical and empirical work related to school development. At the same time, it is also natural that such (over)use of the concept can easily swing from being ‘transformative’ to being ‘tyrannical’ – suggesting, for example, the dominance of a simplified ‘feel good’ agenda in schools.

‘(Over)use of “wellbeing” as a concept can easily swing from being “transformative” to being “tyrannical” – suggesting, for example, the dominance of a simplified “feel good” agenda in schools.’

The ‘feel good’ emphasis is only one of the ambiguities related to the concept of wellbeing in schools. There are more. In recent years there has been a proliferation of research, theory development and empirical conceptualisations related to the wellbeing of children and young people which, more often than not, assume an instrumental character and are based on deficit and/or monitoring and measurement approaches. These approaches focus on, for example, preventing mental illness, school anger, alienation and disengagement, diminishing bullying and exclusion, or assisting pupils diagnosed with learning or other difficulties in the psychological or social domains. Along these lines, various social technologies have been developed aimed at measurement, monitoring and comparison of wellbeing within and across countries (see for example OECD 2017).

In Denmark, a relatively new measurement framework has been created by the National Research Centre for Welfare on the basis of a number of existing national, municipal and international tests. The survey is established as a monitoring tool related to the Danish school reform; all the pupils in primary and lower-secondary public schools (with pupils aged 6–16) need to fill out the survey once a year, and schools/local authorities are obliged to follow up with interventions promoting wellbeing and addressing eventual problems in this respect. Thus, with this school reform in Denmark, monitoring wellbeing, alongside school achievement in the core subjects, has entered the pool of neoliberal governing technologies in educational policy and practice which has an avowed intention to be transformative (that is, contribute to bettering the schools), but that, arguably, also carries the risk of becoming hegemonic through attempts to regulate children and young people’s schooling lives and embodied experiences (Simovska 2016).

While acknowledging that in some instances measurement and monitoring of wellbeing at schools can be useful, I argue that its value is limited if it is not informed by an analytical/theoretical examination and refinement of the concept. This line of research, although it exists (see for instance Spratt 2017; Wright and McLeod 2016) is scarce. Particularly limited is research related to the perspectives of children and young people themselves and the ways in which these are entangled with their lived experiences at school, as well as research that does not focus solely on individuals, or on the school environment, but aims to transcend the individual-context binaries and layer complexity in this respect.

In other words, educational research needs to reconnect wellbeing discourses with the features of the school environment, and with educational purposes, in more comprehensive ways. Rather than asking solely whether students thrive in school or not, it would be beneficial to enquire into whether the whole-school environment and the totality of children’s experience at the school afford opportunities for students to critically reflect on what wellbeing means to them, to navigate through and negotiate within the communities in which they live, play and learn, with a view to realising, challenging and enacting their potentials, ambiguities and desires – and to do all this in a constant dialogue with others, in the context of plurality and difference. 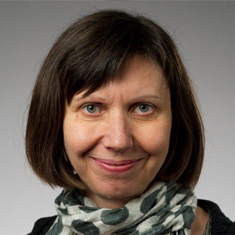 Venka Simovska is a professor of school development, wellbeing and learning at Danish School of Education, Aarhus University. Her research interests focus on discourses within school-based health and wellbeing education and promotion; the paradigm of health (wellbeing) promoting schools; (post)critical educational theory; and participation and (dis)engagement. Simovska is editor (with Mannix McNamara) of Schools for Health and Sustainability: Theory, Research and Practice (Springer, 2015), and, with (Ros McLellan and Carole Faucher) of Wellbeing and Schooling: Cross Cultural and Cross Disciplinary Perspectives (Routledge, 2018 forthcoming).

The right to protest: A children’s rights perspective on the school climate strikes

A Freirean resistance: Conscientização against the right-wing Escola sem Partido movement in Brazil