There’s a distinct sense of weariness surrounding the issue of educational inclusion generally, with discussions dominated by metaphors of moribundity and decomposition. While some have stated, provocatively, that inclusion might be ‘dead’ (Imray & Colley, 2017), others opine that although inclusion is still struggling along, it nevertheless ‘smells funny’ (Slee, 2018). Moreover, for autistic children in particular, the goal of educational inclusion appears increasingly elusive, both in the UK (Batten et al., 2006) and internationally (Pellicano, Bölte, & Stahmer, 2018). This is despite decades of legislation and policy provisions to endorse the full participation in education of all children and young people, and endless ‘strategies for inclusion’ doled out on training courses for well-intentioned school staff.

It is important to understand that the nature of this exclusion – because that is what is often happening – is multifarious and pernicious. In the UK, we often focus on exclusion rates produced routinely by the Department for Education (DfE) which show, for example, that nearly 10 per cent of autistic pupils in England receive fixed-term exclusions (DfE, 2019). But these data, as sobering as they are, don’t take into account the difficulties parents can face in getting schools to accept their autistic child in the first instance, the insidious problem of illegal exclusions (Office of the Children’s Commissioner, 2012), or the issue of self-withdrawal from school, often associated with anxiety (Preece & Howley, 2018).

Unfortunately, even when autistic pupils make it through the hallowed portals of a mainstream school, the exclusion they experience doesn’t stop there. My own study (Wood, 2019a) showed that autistic children can be subject to a part-time schedule, an alternative curriculum implemented without broader consultation, lack of access to after-school clubs and trips, or even the classroom itself. Indeed, despite this inherent contradiction, segregation, both within-class and within-school, can be relied upon as a means of delivering inclusion for schools both under-resourced and lacking in space in the UK (Wood 2019a).

‘By prioritising the views and perspectives of autistic children and adults, significant insights can be provided which encourage us to think about inclusion in a much more enlightened way.’

But it is important to understand too that there are reasons to be optimistic, albeit cautiously. In my study, I found not only important examples of good practice, but that by prioritising the views and perspectives of autistic children and adults, significant insights can be provided which encourage us to think about inclusion in a much more enlightened way. For example, it was evident that when the children were supported to express their own choices, rather than being coerced to communicate the adults’ intentions, they were more relaxed and had greater agency (Wood 2018). Similarly, when the autistic children accessed their very strong interests, a number of inclusionary benefits ensued (Wood 2019b). Importantly, these approaches had a reciprocal, enabling impact on school staff, as they worked with the autistic children and their natural dispositions, rather than trying to suppress them.

These findings have been summarised in my book (Wood 2019a) which includes the input of 10 autistic contributors, adults and children, to add to the 20 autistic children and adults who participated in my original study. Here, I argue that if we really want to rescue educational inclusion from its moribund and rather whiffy state, we need to shift our mindset away from strategies for inclusion towards understanding, engagement and valuing all pupils as equal members of a school community.

Department for Education [DfE]. (2019). Permanent and fixed period exclusions in England 2017 to 2018. Retrieved from https://www.gov.uk/government/statistics/permanent-and-fixed-period-exclusions-in-england-2017-to-2018

Office of the Children’s Commissioner. (2012). ‘They never give up on you’: Schools’ exclusions inquiry. London.

Preece, D., & Howley, M. (2018). An approach to supporting young people with autism spectrum disorder and high anxiety to re-engage with formal education – the impact on young people and their families. International Journal of Adolescence and Youth, 23(4), 468–481. 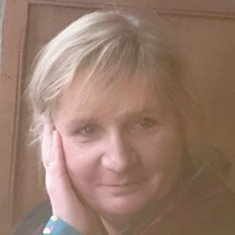 Dr Rebecca Wood is a senior lecturer in special education at the University of East London. She is a former teacher and autism education practitioner who has worked in both the mainstream and special education sectors. Her first degrees were at the universities of Edinburgh and Oxford and she completed her PhD at the Autism Centre for Education and Research at the University of Birmingham. Rebecca subsequently completed an Economic and Social Research Council postdoctoral fellowship at King’s College London. She was project manager for the Transform Autism Education project, a trinational teacher training scheme funded by the European Commission. Rebecca has written a number of articles for peer-reviewed journals and for online publications, and she presents at national and international conferences. Her book, Inclusive Education for Autistic Children: Helping Children and Young People to Learn and Flourish in the Classroom(2009) is published by Jessica Kingsley Publishers.

Why do school exclusion rates continue to rise in England?