When academics submit their research for publication, the publisher often provides proofs that correct apparent typographic errors, and which sometimes include stylistic changes, and occasionally even suggest edits. The author is asked to check and correct these proofs – and may accept, or choose to challenge and reject, particular changes.

What if your writing was distorted by your own publisher?

However, we might consider a situation in which a publisher could make changes to the submitted text, and go ahead and publish the modified work without having changes approved by the author. Potentially these changes may be much more significant than stylistic matters and could change the intended meaning, and so potentially do reputational damage to a scholar when others in the field notice obvious errors, or judge opinions offered as ill-informed.

Potentially the published version of the text may make the author appear ignorant, or indeed racist, or sexist, or intolerant, or radical, or reactionary, and so on, when the original manuscript would not lead to such inferences. Readers may assume that no decent publisher would behave like this. Readers may be surprised that at least one highly reputable academic publisher is asking authors for the right to behave in this way (on the understanding that they can be trusted to not actually do so).

Authors have some protections in law, including what is known as a moral right to the integrity of their work. This means that if a writer’s work is changed so substantially that it could be damaging to them, then that writer can go to court and have the matter put right. Given that an author seeking legal redress against a publisher would need to demonstrate that their work had been modified by the publisher in such a way that it damaged them, no author is likely to be going to court because they object to the kinds of modification that a reputable publisher would ever seek to make – if indeed there was a good reason to make any changes to a text without consulting the named author.

‘There can be no justification for a reputable publisher looking to cover itself by asking writers to sign away their legal rights as authors.’

So I was surprised to have recently been offered a contract to write an article for a very well established and highly regarded academic publisher that included a waiver clause, asking me to sign away the entitlement to protect the moral right to the integrity of my writing. If I had signed this contract (I refused) I would have authorised the publisher’s staff to make any changes to my article that they wished, for any reason they had, at any time, without needing my approval; and I would have given an assurance that I would not seek legal redress if I did not like the outcome. I objected to the clause, but was told it was standard in their contract.

In a detailed conversation with a representative from the publisher I was assured that they would not abuse this clause – and indeed the procedures they claimed to have in place all seemed reasonable. But they needed me to agree to this clause, just in case a situation arose in which they needed to invoke it. It was also suggested that if someone had a real grievance, then the legal waiver would probably not stand up in court (but I doubt the publisher’s lawyers, who drafted the contract, would subscribe to this view).

Academics need to stand up for their right to integrity

There can be no justification for a reputable publisher looking to cover itself by asking writers to sign away their legal rights as authors, given that the moral right to integrity is intended as a backstop in case one’s work is substantially misrepresented in a way has negative consequences for the author. Publishers who make this request are being unreasonable, and a decent publisher should have enough confidence in its editing and production procedures not to seek to avoid lawsuits that would only arise if they messed-up sufficiently to do damage to an author’s reputation. I strongly recommend that colleagues check for waiver clauses in contracts they are offered, and refuse to sign with publishers who feel they need to ask for a blanket exemption from their legal responsibilities towards academic integrity. Those who share my indignation at being asked to waive their legal rights in this way may wish to support a petition, ‘Protect scholarly integrity – reject waivers of authors’ moral rights’, at https://chn.ge/2wy8Nmd. 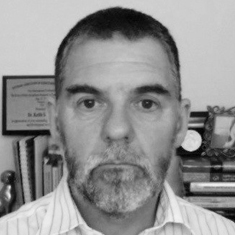 Keith Taber is the professor of science education at the University of Cambridge. After graduating in chemistry, he took a PGCE in chemistry and physics and taught science in comprehensive schools. He studied part-time with the Roehampton/Surrey practice of science education course to obtain a diploma (DPSE) and master’s (MSc) – the latter involving a case study of girls’ underrepresentation in elective physics classes. He moved into further education where he taught on access courses and some education courses as well as GCSE/A-level. He undertook a PhD part-time, looking at an aspect of conceptual understanding among chemistry students. He joined the faculty of education at Cambridge in 1999, initially working mainly in initial teacher education. In recent years his teaching has focussed on educational research methods. He edits the Royal Society of Chemistry’s education journal, and his research interests focus on learning in the sciences.

Practical and useful research? First, sort out the theory

The neglect of practice