Launched in England from 2010, Teaching Schools are intended to drive improvement across the education system by forming partnerships or ‘alliances’ with other schools and providers to share learning, excellent practice and innovative ideas, principally in teacher education and development (NCSL, 2011). My doctoral study is investigating the influence of a relatively large Alliance of 25 secondary (high) schools on the continuing professional development (CPD) of its teaching staff.

Based on my first year’s data, I have identified significant leadership challenges which are relevant to a wide range of collaborative school improvement programmes in the UK and beyond.  I argue that, while a large majority of my respondents support change in principle, there is a fundamental gap between aspiration and practice in the CPD domain.  Indications at this early stage of development are that a new Teaching School Alliance may struggle to reach serving staff, due partly to their lack of knowledge or understanding of the Alliance’s work; and partly to their continued reliance on CPD practices founded either on within-school opportunities, or on between-schools collaboration which pre-dates the Alliance itself.

Promoting and sustaining change in serving teachers’ professional practices has proved to be “much more complex than had been anticipated” (Fullan, 2001, p17.) Recently, attention has been paid to how CPD might be made more effective through the formalised sharing and spreading of good practice at system level (Hargreaves, D.H., 2010; Higham et al., 2009) to achieve what management scientists Huxham and Vangen (2005) call ‘collaborative advantage’.  In England, the Teaching Schools programme is designed to take ‘collaborative advantage’ as an institutional goal.  However, it is not entirely clear how this initiative is to fit into the complex and divergent English educational landscape, which already features several types of school and of partnership between schools (Husbands, 2015; Simkins, 2015).

Classroom staff mostly felt that their schools support change and they saw their own development as important, but they were not as active in pursuing their own development as their perceptions of it would suggest. Agency (making one’s own choices) was a problematic concept in this regard, although exceptions were found in teachers who sought leadership training.  Collaboration (joint enterprise towards a shared goal) between classroom staff was also an area where aspiration and practice diverged for some respondents.

CPD activity was reported as often being hierarchically determined by school leaders, but previous research has suggested that this model has little currency among teachers and does not often lead to substantial or sustained changes in practice because of its isolation from the daily realities of school life (Fielding et al., 2005).  Respondents to my survey mostly did not feel that they had the opportunity to undertake focused, learner-centred, reflexive development activity in a manner which would lead to genuinely collaborative ‘joint practice development’ or JPD (Hargreaves, D.H., 2011).

If a new Teaching School Alliance is to have influence on the professional lives of its staff, then a key goal should be to increase its ‘significance’, that is, to make what it offers attractive to the majority of classroom staff in each member school. If this goal is not achieved, then the ‘reach’ of the Teaching Schools innovation will be confined to the relatively few ‘early adopters’ who have a specific development focus which cannot be met under other within-school or between-schools arrangements.

More detailed analysis of the survey results can be found in my recent article published in Management in Education (Vol 30 No.1, January 2016, pp29-34) 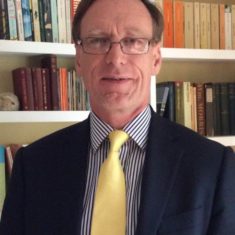 Simon Dowling is a subject leader at a maintained (state) selective school in the UK, and a part-time doctoral student on the Doctor of Education programme at the University of Cambridge. His research focuses on the leadership of collaboration within and between schools, and on the influence of collaborative practices on classroom staff’s professional development.  Contact email:  sd551@cam.ac.uk

Creativity, criticality and reflexivity: A gentle approach to action research

Can we learn together?