What name would you give to a school or group of schools that won’t share? ‘Oxbow’ sounds a good name to me, after those lakes that were once part of the mainstream but are now cut off to become stagnant. There have always been some headteachers, Chief Executives and owners of schools that preferred competition to co-operation: seeking to keep secret their perceived key to perceived success or to maintain their commercial brand identity. I wonder how the chance for teachers to engage in and with research might challenge these ‘oxbowian’ tendencies.

In 1975 Lawrence Stenhouse produced An Introduction To Curriculum Research And Development. It was an Open University set book. The Times Educational Supplement called it ‘a profoundly important book’ and predicted that it would be read widely. That was a time when thinking and experimenting about what and how to teach and what and how to assess were regarded as proper activities for professional educators and when universities appointed professors of curriculum development: a time when at least some educational policy was made on the ground.

Stenhouse’s notion that Her Majesty’s Inspectors could support teachers as researchers did not seem impossibly outlandish then. It was his view that, because of the nature of their role, they encountered many schools and teachers on a national basis and were not only aware of so much that was happening but also in a position to spread the word. The word was, by the way, not necessarily about ‘best practice’, whatever that silly phrase means, but also about professional cock-ups. If only they were shared we could all benefit. Today, inspectors have become traffic wardens and the profession dare not admit to any cock-ups. The accidental discovery of professional penicillin is less and less likely.

The response of schoolteachers to the ‘R’ word became stereotyped many years ago. It was said that if you walked into a school staff room and mentioned the word ‘research’ you would be told that there was ‘a full moon, a high wind, heavy rain, we’ve had a wet break, the children are uncontrollable and I have just lost my last free period so don’t come in here talking about research, thank you very much.’

Today there is a rhetoric of research-informed teaching and a growing grassroots movement of TeachMeets and Education Festivals. Sharing is promoted and the ideas and products consumed but some of the infrastructure available in the past has been fragmented, as has some of the original motivation and wriggle-room for teachers as researchers.

And yet, quite recently and for ten years or so, between twenty five and thirty five thousand schoolteachers in England registered each year for Postgraduate Professional Development (PPD). Even though there were dropouts and non-submissions, many millions of words were written by those schoolteachers making critical sense of their professional lives. The value of these is evidenced in the PPD evaluation report. Whatever happened to those essays, masters dissertations and doctoral theses? Are they all in lofts around the country? Disappointingly (especially as PPD was government subsidised) it is certain that little of this ‘sense-making professional research’ has been read by an educational policy maker.

I have read lots of those teachers’ words and I think Lawrence Stenhouse would have loved to see them. Some universities spent part of their PPD money on annual residential conferences for their students to share their learning; some organised low key but professionally useful publications; and some incorporated sharing into the learning. When, as an external examiner, you get the chance to meet a group of any kind of educators and you ask them if they also learned from each other they become very enthusiastic. As a former editor of CPD Update I always felt that the publication gained authority, purpose and momentum when it included a page or two from a teacher writing about (sharing) some professionally useful piece of research.

However we have lost some of the forces encouraging collaboration. Local Education Authorities have gone; fragmentation is now very obvious; coherence is difficult to discern or sustain; and we have governments engaged in what I have called ‘social fracking’. As TeachMeets demonstrate the urge to share does continue to exist among teachers. Ken Jones (in his BERA blog)  called on proposed how the profession could take research engagement a step further as part of this sharing culture. Some senior leaders, managers and owners might not wish to share (perhaps preferring ‘branding’) but real professionals do.

I believe that universities too remain in a position to respond positively to the collective and inclusive values of teachers in schools and colleges. The recent BERA-RSA enquiry emphasised the relevance of research for the teaching profession, including for CPD. If there is no positive response we shall have not only oxbow schools but also oxbow universities. Eventually, England especially shall become an oxbow country. 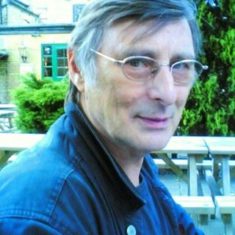 At university Cliff Jones studied Political Theory and Institutions and, later, Education in Political Contexts. He taught boys, girls, mixed and prison inmates and experienced three reorganisations. As a local government advisor specialising in alternative curriculum and assessment he helped prepare teachers for dramatic changes introduced by central government. He also spent many years as a chief examiner (CSE, 16 Plus and GCSE). Cliff was part of a movement promoting political education in the curriculum and was Director of Continuing Professional Development (CPD) in education at the University of Liverpool, working in different countries. He has chaired the CPD Committee of the Universities Council for the Education of Teachers, the International Professional Development Association, has contributed to national initiatives and edited a monthly journal for schoolteachers.

Cliff visits many universities that work with teachers, writes on politics and education and directs Critical Professional Learning, website: www.criticalprofessionallearning.co.uk