The island of Zanzibar where I was born was famous – or infamous – on two accounts: clove plantations and slavery. From the 17th century until 1909, spice plantations were worked by Black Africans sold into slavery by Black African tribes to Arab Traders. Zanzibar, East Africa’s slave hub held slaves on Prison Island before transportation to other destinations (Frölich, 2019). The history of Black slavery is far more nuanced than one simply perpetuated by just Whites on Black Africans. Seventeen million East Africans were sold into slavery by Arab traders – a far higher number than those sold into transatlantic slavery.

The challenge we face as educators is to have a radical rethink of our curriculum. Teaching history through source evidence is not a binary choice of good versus evil. Who chooses the ‘source evidence’ will decide the narrative we want all our students to learn. History must present a balanced view of colonisation, the British empire and its impact on peoples from Africa, Asia and, nearer home, Ireland. The Windrush scandal report concluded that, in part, it happened because of society’s poor understanding of Britain’s colonial history (Williams, 2018).

Generations of young people who have been taught that Britain was an intrinsic force for ‘good’ against Nazi tyranny and, therefore, ‘saved the world’ from the forces of evil in the first and second world wars, may also believe that the British empire was a force for only good.

Winston Churchill, while applauded for his second world war victory, also contributed to atrocities in the empire. During the great Bengal famine (1943), millions died as rice was exported to elsewhere in the empire (Tharoor, 2018). Churchill, however, blamed the famine on Indians ‘breeding like rabbits’ (Safi, 2019).

Our children need to be taught about how the multifaceted prism of history is a prime influencer on our present lives. Our students must learn in history and geography of the importance of the unity of the European nations in fighting tyranny and fascism, alongside the role of the Australian (ANZAC), African and Asian troops, and what finally led to setting up the European Union, including its relevance to the Brexit debate.

‘Our children need to be taught about how the multifaceted prism of history is a prime influencer on our present lives.’

Following the Brexit vote in 2016, I met with a class of predominantly White British students; 13-year-olds jubilant about ‘leaving Europe’ and taunting another student to ‘go back home to Poland’. Their reasoning was that their grandparents had died freeing Britain from the Europeans and now they wanted their freedom from Europe! A mishmash of ignorance and distorted history viewed through their families’ lens influenced these young students and, sadly, resulted in the racism they meted out on fellow East European students.

All German schoolchildren learn about the holocaust. If knowledge is power then we must enable all our White and Black, Asian and minority ethnic (BAME) children to become more knowledgeable and to learn of the myriad facets of their heritage. This includes Britain’s enslavement of millions in the transatlantic slave trade, and its exploitation of millions more in Africa, India and the Caribbean.

All Lives Matter equally means respecting Heritage Matters through the curriculum. We cannot simply continue ‘celebrating diversity’ through famous iconic figures such as Mandela and Gandhi, or scheduling well-intentioned activities during Black History month. Opening all students’ horizons through global cultural influences is best threaded through a school curriculum that showcases prominent BAME achievements in every subject. We must empower a nation of young people to be truly proud of their individual and collective heritages.

No statutory requirement exists in the national curriculum to teach British imperial or Black British history. Few schools choose exam boards that offer history modules on migration and empire, owing, in part, to the complex issues they raise. Moving forward, it is imperative for teachers to be trained in addressing these topics confidently and with non-political bias. I do not argue for a decolonisation of the history curriculum. Neither do I support the toppling of statues, or for hiding them away in museums, as both of these politically motivated actions risk stifling debate. Importantly, we limit who witnesses the cultural capital. Disadvantaged or vulnerable children, for instance, may not visit museums. Statues with placards, however, expose the multidimensional legacy of each individual as a force for both good and evil across our cities and towns. This enables all of society to equally access our past.

For lasting impact, teachers must reflect this through a balanced and nuanced curriculum. Perpetuating a polarised view of British history risks creating schisms in our society. These are counter to young people developing global citizenship in 2020. To gain deeper understanding and apply the knowledge they learn, young people must acquire critical thinking and be equipped with critical literacy skills. Only through becoming critical readers can they understand for themselves the British empire’s legacy in how it risks perpetuating invidious and divisive racism. This is how we can hope to create future generations, who change society for the better. 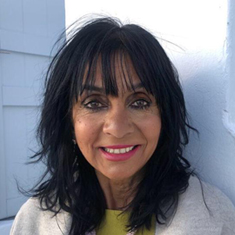 Meena Kumari Wood FRSA, MBA; a former HMI (Ofsted) works across the British and International Education sectors. She held senior leadership positions in English schools and Further education colleges; notably, Principal of a secondary academy and Principal of an Adult College. As former adviser to the DfE and currently, as International Education Consultant, her insights reflect the importance of placing learners’ aspirations and needs at the heart of curriculum. Currently, she  conducts in-school reviews, specialising in curriculum, pedagogy, assessment, leadership and training for inspection in the UK. She hosts International webinars and in addition, has worked closely with Indian schools over the last six years on more effective continuous assessment systems, in line with the National Indian Curriculum framework. She has authored two books Assessment of Prior Learning & Bilingual Learners (1995) and Secondary Curriculum Transformed: Enabling All to Achieve ( Routledge to be...

Why we need our world history teacher to be a Martian

Sites of resistance: Gypsies, Roma and Travellers in school, community and the academy