The ethical issues of the paper have been well covered in recent articles (see for example Cole, 2022). What I want to focus on in this article are perceived issues with the paper’s methodology, which, as far as I can tell, appears to be some twisted form of ethnography. Despite the fact that the paper claims to use ethnography, many on social media, such as Twitter, have used this incident to draw attention to the shortcomings of qualitative research in general and, for some reason, autoethnography specifically.

Here are a few examples to give you an idea of what I’m talking about (I have removed Twitter handles for anonymity).

Others have lamented that the offending paper had started an ‘autoethnography is not method’ subtheme commentary and felt that ‘irreparable damage had been done to the credibility of ethnography and autoethnography’. As a researcher who is an advocate and proponent of autoethnography, it pains me to see other researchers misrepresenting it. The purpose of this blog, therefore, is to address some of the misconceptions surrounding autoethnography so that this incident does not lead to further stigmatisation.

While autoethnography is premised on the study of subjectivity, this should not be interpreted as some kind of free-for-all unbridled stream of consciousness. In fact, autoethnography strives to be systematic by moving beyond merely retelling personal narratives by utilising carefully organised research design and systematically collected and analysed data. For autoethnographers, rigor is not derived from slavish adherence to ‘the scientific method’, but rather from a commitment to authenticity and verisimilitude. In terms of bias, it is indeed true that autoethnography is subjective and therefore biased, but this should be considered one of its strengths. Autoethnography unabashedly embraces bias, as one of its underlying tenets is a rejection of objectivity.

‘Autoethnography unabashedly embraces bias, as one of its underlying tenets is a rejection of objectivity.’

When critics blame autoethnography for its lack of ethical and methodological foundations they are assuming that autoethnography is a unified approach. In fact, autoethnography manifests in a number of forms and traditions. Some of the most well-known include evocative (verisimilitude and emotion), analytical (emotion as a vehicle for theory building) and braided (balance of emotion and theory). Therefore, when critiquing autoethnography it is necessary to state against which tradition you are positioning yourself and to take it on its own terms, rather than imposing your own pet ontology/methodology.

This is perhaps the most troubling misconception. It is predicated upon a fallacy that positions autoethnography as akin to methodological anarchy, lacking any underlying ethical principles. While autoethnography has its ethical issues, I find it to be well thought out, well articulated and humane, as illustrated by relational ethics and an ethic of the self which emphasises acting from the heart and authentically (Ellis, 2007). While ethical approval is not usually required for researchers researching their own experiences, it is necessary to consider other characters in a researcher’s narrative and how they are represented/included (Stahlke Wall, 2016). To put it simply, ethics is at the very heart of autoethnography. The offending paper may technically be autoethnography, but it is not ‘good’ autoethnography (or good research for that matter) as it is ethically and methodologically vacuous.

When discussing that paper, I would like everyone to remember that methodologies don’t operate independently of actors. They are not anthropomorphic. Like the adage, ‘guns don’t kill, people do’, methodologies don’t harm people, bad people wielding methodologies do. Any critique of qualitative methods needs to avoid reification and remember that the researcher is the one doing something with the methodology. Autoethnography may have its shortcomings (such as being non-generalisable, biased, and so forth), but these are often exacerbated through its misappropriation, misinterpretation and misapplication. Every methodology has its place, including autoethnography.

Cole, S. (2022, August 12). A researcher jerked off to underage Japanese cartoon boys and published his findings in an academic journal. Vice.com. https://www.vice.com/en/article/4ax34p/qualitative-research-paper-karl-andersson-shota 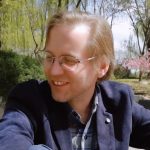 Adam Poole is an assistant professor in international and comparative education in the Graduate School of Education, Beijing Foreign Studies University. Prior to becoming an academic, Adam taught in international schools in China for more than ten years. His research interests include the emergence of international schooling in China, teachers’ lived experiences, and professional development for English-language teachers. He utilises qualitative approaches in order to investigate these topics, including in-depth interviewing, autoethnography and bricolage. Adam is the author of International Teachers’ Lived Experiences: Examining Internationalised Schooling in Shanghai published by Palgrave Macmillan, and he is currently working on a monograph that seeks to understand the motivations of host-country national teachers entering international schools in China. ResearchGate: https://www.researchgate.net/profile/Adam-Poole-3