Where music making takes place, it often co-exists in a world that is characterised by poverty, disease, and child mortality (cf Bill & Melinda Gates Foundation; UN Human Development Index). Human development factors are deteriorating in many countries (being related to increased malnutrition and increased poverty globally). Childcare and education are reported to be highly variable in quality, often separated and not mutually supportive (UNESCO, 2010). Of an estimated 101 million children not in school, more than half are girls (UNICEF, 2010). However, we know that the economic health of a nation is closely linked to the education of the female population, including the mothers. We also know that ‘Good nutrition, effective health care and access to good pre-school facilities can mitigate social disadvantage and lead to improved learning achievement. Yet early childhood provision continues to be marked by neglect.’ (UNESCO, 2010). Furthermore, ‘Literacy remains among the most neglected of all education goals, with about 759 million adults lacking literacy skills today. Two-thirds are women.’ (UNESCO, op.cit.). UN and EC statutory bodies also recognise that educational policies (amongst others) need to address the ‘cultural distance’ that gender, social and ethnic factors can create between schooling and marginalized people.

Yet, within this challenging global context, it is possible for us to effect change for the better. In particular, there is a growing body of research and other empirical evidence that structured and successful music education makes a positive difference to well-being across the lifespan, for adults as well as children – benefits that are intellectual, emotional, physical and social, as well as musical and cultural. Such evidence is found in the wealth of growing literature from the neurosciences, social sciences (psychology, sociology and education) and medicine. These positive examples of the wider impact of engaging in music arise from studies that cross national and international boundaries, including research from Chile, Costa Rica, Venezuela, Israel, Eire, Afghanistan, Australia, South Africa, Portugal, USA, Finland, Northern Ireland, England, Kenya, Taiwan, Germany and Italy.

There is evidence, for example, that music education can support and nurture auditory function, phonological development and literacy (e.g., Moreno & Bidelman, 2014; Overy, 2006; Putkinen et al, 2015; Strait & Kraus, 2011; Welch et al, 2012). With very young children, new Australian longitudinal data suggest that rich and shared early musical experiences in the home can help overcome social disadvantage by promoting children’s vocabulary, numeracy, attentional and emotional regulation, and prosocial skills (Williams et al 2015). Furthermore, such findings are in line with UK longitudinal data that academic progress up to the first years of secondary school that ‘defies the odds of disadvantage’ is stimulated in homes where parenting is a process of ‘active cultivation’ that facilitates and nurtures children’s cognitive and social skills allowing children to benefit from what the educational system has to offer (Siraj-Blatchford et al, 2011). At the opposite end of the age range, other studies have reported on the social, emotional and cognitive benefits of participation in community musical activities amongst older people (Clift et al, 2011; Creech et al, 2014; Davidson & Fedele, 2011).

Collectively, such studies reflect a growing recognition amongst scientists that musical behaviour is central to our humanity, to what it means to be human. Music is multiply sited in the brain and, according to archaeologists, predates language. We are musical by design. Therefore, we should seek to ensure that music has a central place in any educational system that aims to develop the whole person. It is not an option for policy makers (neither in preschool, compulsory schooling, further and higher education, nor in community education) if we really want to use research to address key human global challenges. 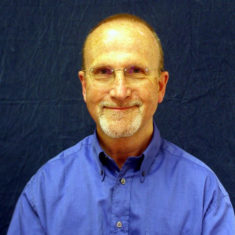 Chair of Music Education at UCL Institute of Education

Teaching reading: what are our long term goals?

Collaborative composition and touchscreen technology in the classroom