I was interviewing a teacher in a school for excluded pupils who had been providing one-to-one teaching to a child in a longitudinal study I was conducting. We were talking about the very intensive support this child was receiving and trying to understand what sort of help might benefit him in the longer term. He said:

My recently published article in the British Educational Research Journal (Stevens 2018a) describes a part of the study in which I attempted to get at what sort of help can make a difference in the longer term. Primary-school age children with difficult behaviour are more likely than others to go on to have antisocial or criminal behaviour as adolescents and adults, particularly where there are additional problems in their families such as a parent with mental health or substance misuse problems (Moffitt and Caspi 2001; Rivenbark et al 2018). Many of these children are receiving high levels of support at primary school, perhaps with full-time teaching assistant support; many spend time in alternative provision. However, it is unclear what sort of help has long-term benefits, and it is difficult for research to unpick what contributions have lasting effects (Ross et al 2011).

The paper reports a qualitative part of a larger study. I followed 11 families over five years; a child in each family had serious behaviour problems, and there were additional factors in the families known to be risks for future antisocial and criminal behaviour. I interviewed the mothers on three or four occasions over the five years about their experiences of services, including schools, and reflected with them on what help seemed to have lasting benefits. The mothers were also asked to nominate practitioners who had been helpful, including school staff, and I interviewed them too.

The children were all in mainstream primary schools at the beginning of the study; five years later all had made the transition to secondary, but seven of the 11 were excluded or in alternative provision. The children had often moved primary school until they arrived at one prepared to provide a nurturing environment and intensive, tailored support. As well as often having an allocated teaching assistant, the children were known to all staff, and could therefore be treated with consistency. Some children made great progress, and effort was often put into preparing the child for secondary school. Nevertheless, when children transferred to mainstream secondary schools this consistency was lost. Changing staff and inconsistent responses to behaviour made school life challenging for both the children and their parents, and children could find themselves constantly getting in trouble for minor misdemeanours.

‘When children transferred to mainstream secondary schools, consistency was lost: changing staff and differing responses to behaviour made school life challenging both for children and their parents.’

Things that helped included close relationships with an adult in school; however, this could create problems when the person in question left. One young man seemed to have put his difficult behaviour behind him when first followed up at secondary school – intervention to address previously undetected literacy deficits had led to greater school engagement. However, by the final follow-up he had been excluded and had become involved in local crime. It emerged that three different adults who had provided informal emotional support had left the school just prior to the breakdown in his behaviour. Similarly, one child received valuable mentoring on starting secondary school, meeting with the mentor at the beginning and end of every day, with the mentor advising class teachers on strategies and seating plans. However, he ‘graduated’ from the programme, lost the support, and at the final follow-up was also struggling. Perhaps greater notice could be taken of where supportive relationships exist so that efforts can be made to compensate when these disappear.

My article discusses other aspects of school support that could be important for longer term outcomes, including appropriate rewards and consequences, and careful, non-judgemental communication with parents. Support from other services is described in a separate paper, along with results from quantitative analysis of the Avon Longitudinal Study of Parents and Children (ALSPAC) cohort, looking at later antisocial behaviour outcomes (Stevens 2018b).

Hopefully this research, despite its small sample, the value of looking in depth and over time at the experiences of families who are not often heard. I would like to interview the families again in another five years to address that teacher’s goal of finding out, 10 years after the need for additional support was noted, what really made a difference.

This blog post is based on the article ‘School‐based support for children with conduct disorders; a qualitative longitudinal study of high‐need families’ by Madeleine Stevens, which is published in the British Educational Research Journal and is free-to-view for a time-limited period, courtesy of the journal’s publisher, Wiley. 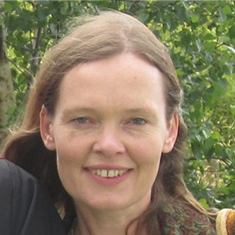 Madeleine Stevens is assistant professorial research fellow in the Personal Social Services Research Unit (PSSRU) at the London School of Economics and Political Science (LSE). Her research interests include the effectiveness and cost-effectiveness of children and young people’s services, including mental health services, children’s behaviour problems, family support, parenting, social exclusion and the social determinants of health and wellbeing. She has PhD in social policy from LSE and her doctoral research, funded by an NIHR fellowship, was about children at high risk of later antisocial and criminal behaviour. Madeleine joined PSSRU in 2009 to work on evaluations of the cost-effectiveness of parenting interventions. She previously worked as a researcher at London’s Institute of Education and at City University, where she worked for several years on the What Works for Children project which aimed to encourage the use of research evidence in children’s social care.

As a way of presenting messages from research, Madeleine has collaborated with the artist Tamsin Arai on the comic book Tales from Social Care, featuring the story of one family involved in her research. @madisteves