Too many Chinese students studying education?

During 2017–18, I completed my Master’s degree in educational studies at the University of Glasgow. Despite having a great time learning about educational theories, I couldn’t help but note that most of the modules had a large number of Chinese female students (like myself). When I started my PhD at the University of Manchester, I noticed a similar situation: more than 90 per cent of students in the international education Master’s degree were Chinese. When I was serving as a teaching assistant in one session, I overheard some students commenting that they don’t feel they are genuinely studying abroad because their experiences are largely equivalent to attending an ‘immersive’ English class with a native English speaker when they were in China. In 2005, Li, a Chinese Master’s student in Australia, had similar sentiments on his blog, writing that he was upset because half of his classmates were Chinese and worried that he would be unable to develop his English.

When diversity is underrepresented

When the majority of students in a classroom are international students from the same country and with shared cultural backgrounds, it is questionable whether such a student demographic can still provide an ‘open, tolerant, and cosmopolitan university experience’, as some would expect from internationalisation of higher education (Kalantzis & Cope, 2000, p. 31). In a study conducted by Schweisfurth and Gu (2009), international students frequently expressed a desire to connect with students from other countries; yet, despite their willingness, their chances of connecting may be further reduced when in-class communication is primarily conducted with students from their own country.

The negative connotation of such study-abroad experiences has driven me to dig deeper into the differences between taking an ‘immersive’ English class in China with a native English-speaker teacher and a course in the UK where practically all of my classmates are Chinese. It could be usefully explained by referring to the concepts of:

As the above examples suggest, many Chinese students are disappointed as their lived experiences of IA has a high level of similarity to IaH. Contrary to their expectations of IA, where they are meant to be in an unfamiliar studying environment with classmates with a high level of national variety, the familiarity – resulting from an overwhelmingly large number of Chinese classmates – makes Chinese students uneasy and feel ‘less internationalised’. In comparison, IaH that is symbolised by English-medium instruction tends to lead to the perception of a more internationalised setting.

This blog provides a possible explanation of Chinese students’ perception of IA when classroom national diversity is underrepresented. Additional empirically informed study in this area should address the following questions: 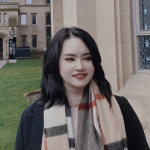 PhD candidate at University of Manchester

Bowen Zhang is a PhD candidate at the Manchester Institute of Education, University of Manchester. Her research expertise focuses broadly on the internationalisation of Chinese higher education. She is particularly interested in the epistemological exchange between Chinese and Western universities through forming educational partnerships throughout history. Her work takes a critical perspective on issues of symbolic construction of knowledge, power and priorities in international higher education.