The prevalence of disadvantage in remote, economically depressed coastal areas of England is reflected in government initiatives aimed at turning around education in certain regions such as the north Yorkshire coast and west Somerset (DfE, 2017a). One target of levelling up opportunities is the improvement of the quality of teaching through measures such as the recruitment of highly skilled new teachers and trainees into schools. This is a key strategy throughout the country. How to attract and retain teachers remains unresolved, however, as the issues in remote coastal locations are complex. We challenge one particular view – namely, that the idyllic natural location of some remote coastal schools is a positive motivator that will undoubtedly attract new recruits to them, first to enrol on a PGCE (postgraduate certificate in education) and, subsequently, continue their careers in situ (House of Lords, 2019).

We reflect on the expansion pilot (DfE, 2017b) that was carried out to place trainee teachers in some of the remote schools that partner with the Cornwall SCITT (school centred initial teacher training). During the pilot, 15 semi-structured interviews were carried out across three multi-academy trusts with strategic and operational stakeholders including the trainee teachers. The data captures views on the pre-service year as part of the initial teacher training (ITT) expansion pilot. Subsequent analysis has revealed some of the complexities that trainees may encounter. We conclude that in order to optimise ITT partnerships in some remote school locations in terms of making the work placement effective (Gereluk & Corbett, 2020), contradictions often found in remote coastal contexts need to be acknowledged and trainees prepared beforehand for some unexpected tensions arising in these communities.

Competing perspectives were reported regarding the natural environment and the potential that this offered. Within the school curricula, the coast was a natural resource that was deployed. On the one hand, the sea and seashore could be seen as restorative and beneficial, for it provided schools with spaces for adventure and exciting outdoor activities, which could foster collaboration across year groups and pupils of all abilities. Building resilience was deemed an essential part of schooling when providing families and pupils with ‘the resources and support they need to be lots of things – not just one thing’ (SCITT participant), underlining the flexibility required to flourish and enjoy a rewarding life in these remote settings.

‘Participants emphasised that while to outsiders seaside life was viewed as a coastal idyll, at the same time many families were forced to make sacrifices and forego opportunities.’

Participants emphasised that while to outsiders seaside life was viewed as a coastal idyll, at the same time many families were forced to make sacrifices and forego opportunities: distanced from other family members, facing limited career options, and following a lifestyle without the possibilities and diversity associated with urban living. In fact, to make ends meet local families often needed to be flexible and resourceful. They were juggling a range of different jobs, with some work being land/sea based, while for the remainder of their income many were entirely reliant on the seasonal tourist economy. One participant remarked that for many families ‘money becomes the thing that makes their decisions, rather than their interests or passions’.

In some cases, the communities in which expansion pilot trainees lived had few inhabitants, which resulted in the sense that school staff, particularly early career practitioners, could feel under scrutiny at a personal as well as professional level. From another point of view, it was explained that families and staff often developed friendships with each other through their shared neighbourhood, which supported communication. The small school classes along with the high staff/student ratio allowed for individualised approaches to teaching. Being agile in social encounters in terms of fiercely guarding confidential information – thereby building trust across the community – has emerged as a potentially unanticipated responsibility that trainees might need to take on.

The idea of the coast being a near perfect place to train and start a teaching career is very appealing; however, much of our data clearly suggests otherwise. Flexibility and resilience, as well as accepting the aforementioned privations, are critical but not immediately recognisable factors that trainees need to be made aware of when they join remote coastal schools on placement. To suggest that the unique natural environment is sufficient to attract and retain teachers underestimates the human cost, while also oversimplifying the social complexities of undertaking pre-service initial training and building teaching careers in some small coastal communities.

Department for Education [DfE]. (2017a). Opportunity areas. Building the foundations for change.  https://www.gov.uk/government/publications/opportunity-area-programme-research-and-analysis 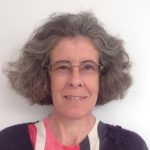 Anne Parfitt is a research fellow in the School of Education at Bath Spa University. Anne’s research interests include the professional learning of early career teachers and the development of place-conscious teacher recruitment and retention in remote settings. 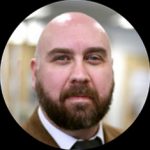 Paul Taylor-McCartney is deputy programme manager of the Cornwall school centred initial teacher training (SCITT) and QA support tutor for the Department for Education’s ITT expansion pilot project, (now in its final year). He is studying for a PhD in English at Leicester University and regularly presents at local, regional and national conferences related to his research and teaching interests. His poetry, short fiction and academic articles have appeared in a range of publications including Aesthetica, the Birmingham Journal of Language and Literature and Education in Practice (National Association of Writers in Education).