Discussions around systemic racial prejudice in the UK has been quietly bubbling under the surface for years as black, Asian and other minority ethnic individuals have endured bias, discrimination and hate at every turn, yet their calls for change have fallen on deaf ears. It took the killing of George Floyd by police officers in the US to ignite a conversation that should have been had decades ago (Immigration News, 2020).

One initiative that has emerged from global Black Lives Matter protests against racism is to reform the curriculum. In 2014, the then education secretary Michael Gove went to great lengths to radically change it, ultimately removing teaching the horrors of Britain’s colonial past to celebrate ‘imperial heroes’ instead (Watson, 2019). Furthermore, despite backlash from teachers and academics alike (Lais, 2017), the reform meant that teaching black history became optional. As a result, teaching black history has often been consigned to an annual assembly during Black History Month.

Today, it is shocking that just 11 per cent of GCSE students study modules that reference black people’s contribution to the UK, while the vast majority adopt a US-centred focus on the transatlantic slave trade (Leach, Voce, & Kirk, 2020).

The Black Curriculum campaign now wants to see black British history woven into the curriculum at every level to challenge this status quo in which black history is only discussed through the bleak lens of colonialism and slavery. The campaign proposes four key modules, including migration and politics and the legal system; however, finding the time for teachers to teach them remains the prevailing problem, especially when the government remains hostile to the idea. When probed on the matter, the Home Office said the curriculum is ‘already incredibly diverse’ – a remark which, the Black Curriculum Campaign responded, was ‘so superficial it borders on insulting’ (Chao-Fong, 2020).

‘The Black Curriculum campaign now wants to see black British history woven into the curriculum at every level to challenge this status quo where black history is only discussed through the bleak lens of colonialism and slavery.’

However, while tweaking the curriculum is certainly a welcome step forward, it is the very least that can be done to begin unearthing racism from its roots for good.

Academia itself is far from a level playing field – for both staff and students. Black academic staff are underrepresented in most senior academic roles: one in nine white academic staff hold top positions as professors, yet only one in 33 black staff hold roles at that level (THE, 2020). Of the 21,000 professors in UK universities during 2018/19, only 140 – 0.7 per cent – identified as black (Adams, 2020). To add insult to injury, black and Asian staff are paid less than their white colleagues (UCU, 2019), with a pay gap of 14 per cent and 9 per cent respectively. And, alarmingly, black colleagues are less likely to win UK research grants (THE, 2020) – a disparity that has actually worsened since 2016.

However, if Covid-19 and travel restrictions aren’t already a glaring deterrent to talent, proposed immigration rules and their associated costs certainly are. As of September next year, EU academics and students alike will be subjected to immigration rules: EU students will lose their ‘home fee’ status and will need to pay hefty international student fees as well as obtaining the Tier 4 student visa itself, all while losing financial support from Student Finance. As for academics, they will need to apply for a skilled worker visa, for which they will need to score points based on salary, job offer and maintenance funds.

The cost of migrating to the UK cannot be underestimated, and the visa fees alone could serve to push the world’s ‘best and brightest’ minds into the arms of the UK’s competitors, such as Germany, where mobility crucially remains frictionless and free. The Higher Education Policy Institute thinktank estimates this could cause a 60 per cent decline in numbers of EU students (Fazackerley, 2018); however, a second survey found that 84 per cent of prospective EU students would definitely refuse an offer to study in the UK if their tuition fees were to double (ICEF Monitor, 2020).

Yet there is more at stake than a loss of talent: racial equality risks being lost and diluted by the government’s arbitrary attempt to reduce migrant numbers. UK universities risk emboldening its pre-existing racial imbalance, thereby perpetuating racism, bias and discrimination in its ranks. With such stringent red tape to be draped across the EU and beyond, the UK will be the country that loses out on the cross-collaboration of minds, culture and talent.

Until the Home Office begins to dismantle its hostile immigration system, racism may just remain permanently woven into the fabric of UK life, laws and attitudes.

Lais, H. (2017, October 29). As a history teacher, I’m horrified by the whitewashing of my curriculum – I’m being told to teach that colonialism was good. Independent. Retrieved from https://www.independent.co.uk/voices/black-history-month-colonialism-history-teacher-whitewashing-selective-past-a8025741.html

Leach, A., Voce, A., & Kirk, A. (2020, July 13). Black British history: The row over the school curriculum in England. Guardian. Retrieved from https://www.theguardian.com/education/2020/jul/13/black-british-history-school-curriculum-england 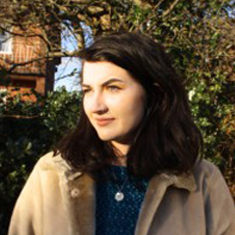 Olivia Bridge is a political correspondent and representative of the Immigration Advisory Service (IAS), an immigration law firm in the UK, Ireland and United States.

Children’s agency: What is it, and what should be done?