Recently, we published our first BERA Blog about doctoral journeys and how low educational starting points don’t necessarily prohibit academic achievement. In that blog, we identified five key factors that determined our success, and for this blog we will discuss the first factor: ‘having a critical friend’.

‘It’s vital to have a critical companion you can turn to during your doctoral journey.’

We believe the doctoral journey shouldn’t be a solitary expedition. Alongside your supervisor, someone else should accompany you on the journey. We strongly recommend that you find yourself a critical friend: someone you respect and trust, but who will also challenge you (Storey and Wang, 2016). They don’t need to work in a similar discipline, but it helps if they do, as they will understand your journey better than an outsider. Take Edmund Hillary, for example. He probably wouldn’t have reached the summit of Everest without the guidance and advice of his Nepalese Sherpa, Tenzing Norgay. Similarly, Thor Heyerdahl’s daring expedition across the south seas in a balsa-wood boat may not have succeeded without the help and advice of his friend Edwin Ferdon Jr. Both Hillary and Heyerdahl were pioneers, both contributed to discovering unchartered landscapes and new knowledge, yet both might not have succeeded without help from their ‘critical’ friends.

During our doctoral studies, our critical friendship worked on several levels – not only by reading each other’s chapter drafts and therefore critiquing the writing process, but also by offering social and moral support through informal meetings. Mostly these took place after work in the local pub (the Manby Arms), but when the Manby closed and Dave C left the University of East London, we took our critical friendship onto another level. If we couldn’t socialise together at the Manby, then why couldn’t we have a ‘virtual Manby’? This was positive because through either Skype, text or telephone we could trigger ‘Manby meetings’ – and thus arrange our own drinks and snacks while we talked. This constituted the continuation of a tutorial system in which we could ‘meet’, discuss progress, share information and support each other. Sometimes these were just brief catch-ups to touch base and support each other to remain on track with action previously discussed; at others, the focus might involve ironing out any difficulties either of us had with a particular chapter.

Our critical friendship was successful because it wasn’t a competitive relationship. We have always opposed competition in education, and this was important – particularly when sharing the first ideas and thoughts about our work with each other as well as draft chapters. Alternatively, in your place of study, there may be social support networks that focus on doctoral students collaborating with each other rather than being in competition, which could provide a useful framework for support (see Ali and Kohun 2007). Following the respect we had for each other’s work, a further important quality is the ability to accept feedback without emotional attachment (Hogue 2012). Having a supportive critical friend also helps you to stay afloat academically, as well as spiritually and emotionally.

So, to summarise, it’s vital to have a critical companion you can turn to during your journey. This isn’t to say that success is not possible if you decide to go it alone, but the journey will be considerably harder without this social support (Lovitts 2001). In our next blog, we will look at how taking a ‘master chef’ approach in crafting your writing can help lead to success.

Lovitts B E (2001) Leaving the ivory tower: The causes and consequences of departure from doctoral study Lanham, MD: Rowman & Littlefield 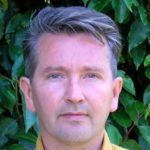 Dave Morris is a freelance educational researcher and consultant who has had over 20 years’ experience in the education sector. Until 2016 David was senior lecturer at the Cass School of Education, University of East London, where he spent 12 years working in initial teacher education. David has taught in both the primary and secondary sectors and, as a specialist teacher, he has taught ICT and computing to children in every year group from nursery through to year 11. David is a published author, and has delivered research papers at both national and international conferences. His areas of interest are technology in education, student voice and teachers’ professional development. 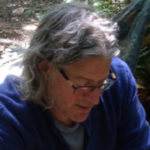 Dave Cudworth is currently head of division for education studies at DeMontfort University, Leicester. Prior to his move into academia he was a primary school teacher and teacher educator. Dave has a long-term interest in social justice matters, and spent many years looking at the challenges faced by children from Gypsy/Traveller communities which culminated in his book Schooling and Travelling Communities: Exploring the Spaces of Educational Exclusions (Palgrave Macmillan, 2018). During his research for this book Dave was struck by how Gypsy/Traveller children often found negotiating indoor space difficult, which has subsequently led him to an interest in outdoor education as a means of inclusive learning. His current research is focused on the learning spaces of forest school, and how such engagement in these ‘alternative’ spaces may promote both enhanced wellbeing and enable pro-environmental attitudes.

From Zero to Hero: Anecdotal tales in pursuit of the elusive doctorate series

All from this series
From zero to hero: Anecdotal tales in pursuit of the elusive doctorate

Adopting a MasterChef approach to studies: Further anecdotal tales in pursuit of the elusive doctorate

Having a handle on time, sacrifice and resilience: Further anecdotal tales in pursuit of the elusive doctorate

Having a secure and safe place to conduct the fieldwork: Further anecdotal tales in pursuit of the elusive doctorate

In pursuit of the elusive doctorate: Managing the last half-mile and getting home

Having a secure and safe place to conduct the fieldwork: Further anecdotal tales in pursuit of the elusive doctorate