Research has established that there is a connection between poverty and education, such that the poorer a child’s family, the less well they are likely to do in their education (Raffo et al., 2009). There is also an association between psychological wellbeing and education, for example early onset mental health problems are associated with leaving school earlier (Breslau et al., 2008). Recent research looking at the impacts of the ‘bedroom tax’ on children and their education supports the idea that in addition to these two associations, there are more complex interrelationships between poverty, education and psychological wellbeing.

The UK Government policy commonly known as the ‘bedroom tax’ was introduced in April 2013 among a raft of benefits changes affecting the incomes of working-age adults. It means a reduction in housing benefit payments for those deemed to have ‘spare bedrooms’. On average this equates to a loss of £11-a-week (£572-a-year) for those deemed to have one ‘spare’ bedroom and more for those with two. Research has established that individuals affected by the ‘bedroom tax’ struggle to buy basic domestic items and services, such as food and utilities, report negative impacts on their family and community networks, and experience increased mental health problems (Moffatt et al., 2015). It is not only individual working age adults impacted by the policy however, and given that low-income families with children have been found to lose the most from changes to benefits and taxes introduced between 2010 and 2014, we thought it important to investigate how children and their education are being impacted by the ‘bedroom tax’.

A team of researchers from the Manchester Institute of Education at the University of Manchester conducted a small scale exploratory project, interviewing staff at 20 schools, housing associations and community organisations, and 14 parents impacted by the ‘bedroom tax’, to explore the perceived impacts of the policy on children and their education. Analysis indicates that children are impacted by the ‘bedroom tax’, by for example having less food in the house and the heating being on less as parents cut back on some of the basics. One mum told us “I mean a load of bread isn’t going to keep me dry or keep me warm, or keep them warm or keep them dry. So you’ve got to pick that and that’s the hard bit”. Representatives from schools also reported that hungry children were struggling to settle with their work. Participants also reported the difficulties of children of significantly different ages (e.g. 6 and 15) sharing one bedroom, and the problems this raised for getting homework done. Parents also reported an increase in their own mental health problems, which they suggested impacted negatively on their children. Children were reported to worry about the possibility of moving. Participants also reflected on the impact of the policy on local communities and the feelings of particular groups of society being persecuted.

We suggest that children are nested in a series of social systems, all of which contribute to both their wellbeing and their education. It appears from this preliminary research that children’s wellbeing is impacted directly by the ‘bedroom tax’ and indirectly through the impacts on their parents and family, community and society. A critical psychology perspective (Parker, 2015) helps us to conceptualise our findings, and it appears important to consider the interrelationships between poverty, education and wellbeing rather than one of the single connections in isolation.

For more information and our full report please visit our website.

If you have any questions or comments please contact: laura.winter@manchester.ac.uk 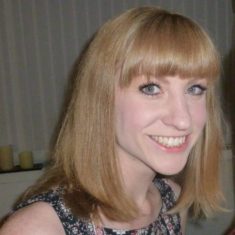 Lecturer in Education and Counselling Psychology at University of Manchester

Dr Laura Anne Winter is a Lecturer in Education and Counselling Psychology in the Manchester Institute of Education at the University of Manchester. She also works as a HCPC registered Counselling Psychologist. Her research interests include social justice values and practices within both education and psychology, and the educational and psychological impacts of inequality and poverty.

Can classroom enquiry be sexy and be policy at the same time?

Pay and conditions in universities: BERA’s solidarity with academics

Researching education and mental health: From ‘Where are we now?’ to ‘What next?’