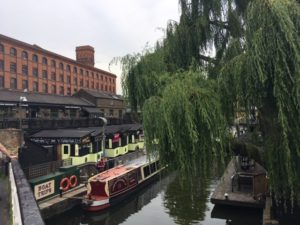 Anchoring the in-between before another week ripples in

Here’s the thing: tucked away in heaving Camden Town at BERA’s ‘Disentangling and debating creativity in education’ event, I was fortunate enough to learn about thing-power. What is the meaning of thing-power, and how might connecting with ‘the thingness of things’ (Bennett, 2004, p. 349) disrupt our research methodologies?

This blog will start by looking at the theoretical underpinnings of thing-power through key writings. Its use within educational research will be further explored with reference to diverse data which arose during the international research project, ‘Decolonizing childhood discourses: A critical post-humanist orientation in higher education’.

Thing-power gestures toward the strange ability of ordinary, man-made items to exceed their status as objects and to manifest traces of independence or aliveness, constituting the outside of our own experience. (Bennett, 2010, p. xvi)

Here, things cannot be tied to just human frames of reference, nor can their meaning be fully extrapolated. Things have separate lives and inhuman ontologies. They can rebel and resist and herein lies their thing-power. Bennett wrote a vignette of a walk during which she encountered this assemblage:

one dead rat who looked asleep

one smooth stick of wood.

Initially, this sight signalled human action/inaction, such as litterers, vermin control, construction work. But Bennett possesses an ‘anticipatory readiness – a perceptual style’ which allowed her to adjust her perspective so she could also perceive the ‘glove-pod-rat-cap-stick’ as ‘stuff which commands attention in its own right’, stuff connected to other stuff, connected to human bodies – ‘nonhumanity that flows around and through humans’ (Bennett, 2004, p. 350).

Now I’m rethinking the anti-litter angle in the song ‘A bottle, a tin and a plastic bag’ that I often sang at primary school:

Litter on the pavement,

Paper in the park

Is this what we

But back to the thing-matter at hand: why dwell on thing-power? Bennett pursues it ‘in the hope of fostering greater recognition of the agential powers of natural and artifactual things … [to allow for] a more cautious, intelligent approach to our interventions in that ecology’ (Bennett, 2004, p. 249).

At the BERA ‘Disentangling’ event this philosophy clearly resonated with Joanna Haynes, who during her fascinating talk, ‘Beyond words: Materiality and the play of things’, posed the following question: ‘what do we leave out when we focus only on the human, the linguistic and behavioural?’ Thing-power enabled Joanna and her co-researchers to explore data beyond these limited dimensions during the ‘Decolonizing childhood discourses’ research project: ‘through thing-power we explored relations of materialised human bodies with things, the materiality of enquiry and meaning-making with texts, of thinking and reading with things.’

Joanna listed some data which were available ‘among masses of others’ during their research:

I really liked the idea put forward by Joanna that ‘we made enquiries and enquiries made us’. Through entanglements with data, conversations had begun to centre on feet. Then, the question ‘what do feet and shoes bring to this enquiry?’ emerged. Thinking about the feet of Anna and the crocodile (characters in How to Find Gold) sparked more enquiries and multiplicities. People went on walks, some barefoot. Joanna notes that they were ‘thinking with the material environment when doing our enquiry, to let the material have us’.

Later, looking at the above photo I had taken that morning by Camden Lock, I pondered one of the questions that had been put to us by Pamela Burnard following Joanna’s talk:

‘When are data collected, found, created or co-created?’ 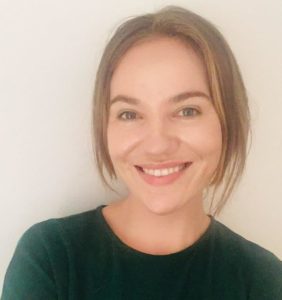 Emma Nenadic is a doctoral student in music education at Birmingham City University. Her research is drawing on case studies of collaborative projects between musicians, teachers and pupils to address learning, practice and pedagogy in the context of partnership working. Emma is using a multiple case study methodology and qualitative methods with an emphasis on sociocultural theory. Emma has a BA (Hons) in Music from University of York. Before starting her PhD she worked in learning and participation in two music education hub organisations, devising and managing music projects between local schools and musicians. Emma also works at BCU as a Graduate Research Teaching Assistant and through this she has supported several music education research projects including the One Handed Musical Instrument Trust’s teaching pilot. She is currently investigating trainee primary teachers’ experiences of music in their placement schools.

Virtual Event – Creativity in 21st Century Education: Where, how and what next?
Editorial: Wellbeing and being outdoors