By now, many of us are probably starting to waver on our New Year’s resolutions. In recent years, these have increasingly involved limiting our use of technology, the Internet and mobile phones, according to a recent poll of 2,000 adults. In fact, some businesses now offer clients advice on how to tackle their gadget addiction.

Behind such trends there is a growing awareness that our attachment to modern technology may often be detrimental, particularly for younger people. For instance, recent rises in counselling sessions relating to low self-esteem and unhappiness – up 9% on the previous year were attributed by NSPCC Chief Executive Peter Wanless to the changing set of problems faced by children since the helpline began in 1986: “we have a nation of deeply unhappy children. The pressure to keep up with friends and have the perfect life online is adding to the sadness that many young people feel on a daily basis”.

Academic research supports these concerns. A study published last year by the University of Essex, based on a survey of almost 5,000 young adults in the UK, found that higher levels of use of ‘screen-based media’ and use of online social networking sites is significantly associated with lower levels of wellbeing.

In response to such evidence, the Strategic Society Centre, a public policy research institute, recently published Screened Out, which explored the possible causes of the association between these technologies and low adolescent wellbeing.

For example, more members of this age group use social networking sites and screen-based devices (apart from television) than any other age groups. Younger people may be more vulnerable to the harmful content of these media, such as idealised beauty standards on television, violence in video games, or cyberbullying or social envy caused by exposure to social media. As digital natives, unfamiliar with a world in which these experiences were much more unavailable, they may also find it considerably more difficult to detach themselves from these devices.

In response to the research, Screened Out argued the government should: issue national guidelines for volume of screen time and social media usage among young people; empower the young through public health campaigns and school programmes by educating them about how these technologies may affect their wellbeing; and compel technology and Internet companies to acknowledge their responsibilities, and engage with the risks posed to young people’s wellbeing.

The report also called for further research into the field, acknowledging that this is a dynamic and rapidly changing policy area that requires up-to-date evidence. For instance, research published by Childwise revealed that young people are now spending more time online than watching television, reflecting a radical change in media use, which demands a fresh response from policymakers. Additionally, a recent report has shown that a large number of young children ignore social media age limits. This highlights a challenge for policymakers, and underlines the importance of such research. It is only by understanding how young people use technology that policy makers will be able to design effective responses.

Ultimately, like any other technology, social media, smartphones and computers can be both ‘good’ and ‘bad’. The correct set of responses among policymakers and education professionals should focus on improving the quality, rather than merely reducing the quantity of exposure to screens and social media. We must not turn away from these technologies, but tackle them head on in a better, more informed and engaged way. 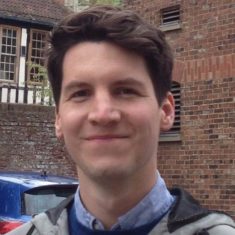 Gordon Cameron is a Policy and Research Analyst at the Strategic Society Centre. He has a First Class degree in Sociology from the University of York and an MSc in Science, Technology and Society from UCL. He has particular interests in social responsibility, democratic participation, science and technology, and ethical consumption.

Education during a pandemic: Lessons from the United Arab Emirates