Autoethnography is a qualitative research approach that has been creating ripples within the contemporary academic context for some time, revealing a mixture of excitement and suspicion but also cautious intrigue. For me personally, it was this feeling of cautious intrigue that provided the catalyst for my doctoral research journey using autoethnography. Indeed, the method has received rather harsh criticism from Holt (2003), and been referred to as nothing more than ‘navel-gazing’, due to its largely subjective methodological stance (Delamont, 2007).

In this blog post, I reflect on some salient points for my interest in autoethnography while undertaking a practitioner-focused doctorate in health and wellbeing, which centred on mental health and anti-stigma pedagogy. First, it enabled a method to situate myself at the centre of the inquiry. Yes, ‘self’ or the opportunity to analytically reflect on my identity – in what is considered a ‘highly subjectivised’ autobiographical focus – has led to assertions that the method is lacking in academic rigour (Delamont, 2007, 2012). But to counter this, I would be inclined to agree with leaders in the field who contend that having the ability to turn the gaze inwards – enabling me to draw on my lived experience of stigma – is what confers a strength to this research approach (Ellis, 2004).

‘Having the ability to turn the gaze inwards – enabling me to draw on my lived experience of stigma – is what confers a strength to this autoethnographical research approach.’

Second, as an educator of mental health, I found that autoethnography enabled both the capture and analysis of resonant moments of my lived experience of mental health stigma, giving voice to one that had been stifled for far too long, having hitherto never been able to speak about my own experience. The purpose was to present a storied narrative on some of the many layers of my stigmatised identity, situated within the socio-cultural and historical context. Clearly, when considering the subtle and negatively erosive personal and societal effects of stigma, such a narrative may harness the importance of moving to a place where mental health stigma stories could be openly and creatively explored within learning spaces. The learner may relate the story to their own reality for the purpose of sense-making, which has the potential to be liberating on many levels, not least in developing an awareness of oppressive forces. Indeed, collectively, as societies emerge from the global pandemic, it would therefore seem fitting that within the research arena there is space for innovative and outward-looking roads that give voice to critical theoretical platforms – particularly on difficult issues, such as the stigma, discrimination and inequalities associated with mental health.

Finally, having had time to reflect on my scholarly sojourn in autoethnography, I consider what I would say to those interested in embracing this methodology and textual style. Overall, I found autoethnography to be profoundly challenging yet empowering, as well as an exciting and dynamic process with diverse possibilities for creativity – particularly in the presentation of new knowledge in a reflexive storied format. Through the process, I acquired a deeper self-awareness on both a personal and professional level, which I hope will instil a greater ‘authenticity’ within practice (Austin & Hickey, 2007; Starr, 2010). To reiterate, I would assert that it is this personal focus when situated on a critical educative platform that can enable learners to explore sensitive issues, particularly ones entrenched in hidden power dynamics and oppressive structures.

Starr, L. J. (2010). The use of autoethnography in educational research: Locating who we are in what we do. Canadian Journal for New Scholars in Education, 3(1), 1–9. https://journalhosting.ucalgary.ca/index.php/cjnse/article/view/30477 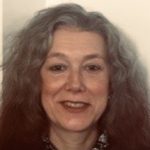 Lucy Pursehouse is a senior lecturer in the Institute of Health at the University of Wolverhampton and senior fellow of the Higher Education Academy. Prior to moving into academia Lucy worked as a registered nurse for many years in a variety of roles across the health and social care sector. Her research interests focus on qualitative methodologies and in particular narrative approaches to deepening an understanding of the lived experience of mental health stigma. This formed the basis of her doctoral studies, which culminated in an autoethnographical inquiry that linked to teaching practice through the consideration of pedagogies aimed at opening opportunities for transformative learning spaces.