Posthumanist approaches to educational research are on the rise. Such approaches reflect our understanding that the ecological aspect of our social interactions, the material and the objects surrounding us, are a fundamental part of our social practices. In the field of posthuman education, the role of matter has been explored in relation to various topics, such as the possibilities of the body in learning mathematics (Ferrara and Ferrari 2017) or the pedagogical nature of matter in arts practice (Hickey-Moody and Page 2015). Nevertheless, substantial accounts of the role of matter in early-years settings are still relatively rare (Chappell et al 2016; Johnson Tiels and Jones 2017; Mustola 2018). However, I would argue that it is within early-years settings, perhaps more than any other, that a posthumanist materialist perspective may provide new and helpful insights into social practices.

My own research project in a small, affluent town in the Czech Republic suggests that the posthuman materialist lens is a useful one when attempting to untangle how social inclusion and exclusion is co-constructed in early-years settings working with hard-to-reach children. During my study I was able to experience the complex, multimodal communication practices in a classroom by employing qualitative, ethnographic methods and immersing myself in the context. A multimodal approach then made me particularly sensitive to the observation of the physical aspects of the classroom. On reflection, the moments of intra-action when bodies, both human and non-human, were affecting one another while being affected in return, was what stood out all along (Barad 2007). Particularly during artmaking, children and adults held, interacted with, modified, and moved material in order to generate change. The material, the brushes, the desk, a liquid paint leaving traces of movement on paper, encouraged the human body to act – matter physically engaging with other matter. This epitomised the materiality of the artmaking process, and constructed a specific perspective of how social inclusion and exclusion is performed, created, and negotiated.

The material, or the matter, has always been the central focus of research concerned with the arts; however, little is known about how the materiality of the artmaking process affects and thus contributes to our social practices, such as practices of social inclusion and exclusion. My study explored such practices in and around artmaking through Knorr-Cetina’s (2001) concept of epistemic practices in which social inclusion and exclusion are regarded as a creative and constructive practice that generates knowledge. It also employed Barker’s (1965) behaviour-setting theory as a lens through which the specific materiality of a setting encourages and enables a particular behaviour. For example, each new artwork that children created encouraged discussion around art; however, ineffective displays of cookie-cutter artworks sometimes limited such discussion. Accessible tools and materials promoted active participation, whereas unfamiliar or difficult tools and materials at times discouraged children from making art.

What I learned is that researching the agency of matter in visual art activities in early-years settings places new methodological demands on social sciences. New ways of looking enabled by new understandings as well as by new multimedia technologies – such as 360° cameras with all-around views, or chest-mounted action cameras – are needed if we are to truly see and delineate the complex interactions around artmaking previously unaccounted for in early years settings. I also began to understand that only direct experience of local practices can help us gain new perspectives and enrich social science with innovations. I believe that visual arts research today is presented with a new and exciting opportunity to explore visual arts not only for its often market-oriented benefits, or for being merely an extension of the human self, but also for its own active role in our daily lives, in which it persistently shapes our social settings.

Barad K (2007) Meeting the Universe Half Way: Quantum Physics and the Entanglement of Matter and Meaning, London: Duke University Press

Ferrara F and Ferrari G (2017) ‘Agency and assemblage in pattern generalisation: A materialist approach to learning’, Educational Studies in Mathematics 94(1): 21–36

Johnson Tiels J and JonesS (2017) ‘The literacies of things: Reconfiguring the material-discursive production of race and class in an informal learning centre’, Journal of Early Childhood Literacy 17(3): 315–335 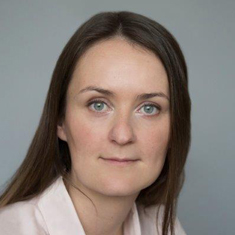 Petra Vacková is a first-year PhD student at the Open University, and was highly commended in the 2018 BERA Master’s Dissertation Award for the work she completed as a part of her master’s degree in education research, also at the Open University, prior to her PhD. Petra received a master’s in contemporary art history and theories from the Leiden University, and her master’s of fine arts from ArtEZ Institute for the Arts in the Netherlands. Under different job-roles Petra has worked with and supported contemporary artists and art institutions in the US, the Netherlands, and the Czech Republic. She also taught different groups of young learners in different settings around the world. Her PhD work brings her back to her home country, where she hopes her project will, among other things, accentuate both the knowledge produced by a particular community and their collective agency.