This event has been postponed and a new date will be confirmed soon.

CRT (Critical Race Theory) and CWS (Critical Whiteness Studies) have revolutionised the ways in which race has been theorised, operationalised and critiqued in education.  Work on white privilege, white supremacy and white racialisation has extended the theoretical repertoire of how we discuss race and the range of pedagogical methods and resistances we might use to tackle this.  This webinar will extend existing theoretical and empirical work on whiteness and education to explore the new formations this might take given the educational, societal, political and technological transitions that are underway in late modernity.  In some ways these are connected with older discourses of whiteness and education in terms of eugenics, materialisms and racisms whilst they are consistently being challenged by developments in science, technology and the (alleged) ‘post-racial’ consensus.

This webinar innovatively brings together original theoretical and empirical thinking on the new, yet familiar, ways in which whiteness plays out in contemporary society with regard to ‘new formations’ of politics, biology and technology in various educational settings. The webinar considers three contexts and brings together a range of qualitative methods (interviews, discourse analysis and case studies) which are rigorously applied to the research issues concerned.  Firstly, the webinar examines how new institutional and quasi-legal policies are being applied to reduce racial bias in HE while paradoxically enacting white privilege.  Secondly, the context of post-genomics is employed to examine how education reinforces the ‘new eugenics’.  Thirdly, we examine learning technologies as agents of re-racialisation. The event will include 3 presentations, followed by a panel discussion.

Policy making in higher education: performativity and white privilege
Kalwant Bhopal, University of Birmingham
Evidence suggests that Black and minority ethnic students and staff continue to be disadvantaged in higher education institutions in the UK (EHRC, 2019). Policy making has been introduced to specifically address such inequalities. This paper draws on critical policy analysis and 45 interviews to explore the impact of the recently introduced Race Equality Charter (REC) as a measure to address such inequalities. By using principles of Critical Race Theory (CRT), I argue that racism continues to play a key role in the experiences of BME groups in HEIs and policy making. Consequently, the enactment of policy making on race through the REC works to benefit HEIs by adhering to White normative practices and behaviours which contribute to a system which reinforces and perpetuates White privilege.

Roma education, new eugenics and populism
Martin Myers, University of Nottingham
The Roma are the largest ethnic minority in Europe but their status as European citizens remains contentious. Educational provision and outcomes for Roma children are uniformly poor and throughout Europe evidence of their widespread educational segregation persists. Such segregation has its roots in the promotion of eugenics and ‘race science’ in the 1920s and 30s. This paper argues the broad emergence in post-millennial Europe of populist/nationalist political discourses in response to domestic austerity policies (Izsák, 2015; van Baar, 2018); new post-genomic technologies of border control; and a groundswell in liberal discourse promoting the potential of post-genomic educational interventions, all align to legitimise the production of idealised White pupils rather than addressing the educational needs of the Roma.

New racialisations of whiteness and class in pedagogical futures
John Preston, University of Essex
Earlier arguments regarding whiteness in educational settings argued that, as a racial formation, whiteness is subject not only to racialisation, but to re-racialisation whereby racial ascriptions can be reformed (Preston, 2007).  In the contemporary pedagogical landscape, whether at school or at work, new technologies are changing the way that we learn and the ways in which racial and class dimensions are articulated.   Using contemporary case studies of advanced learning environments where techniques such as gamification, cobots and the mapping of skills through Artificial Intelligence are used it is argued that techniques of disembodiment, fragmentation and splitting re-racialise. These techniques both destabilise and paradoxically reinforce whiteness and class. In conclusion it is argued that the deracialised and declassed worker is the fantasy of contemporary learning platforms in techno-capitalism but it is the antithesis of existence in contemporary capitalist society. 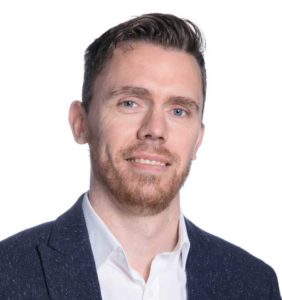 Karl Kitching is Reader in Education Policy at the University of Birmingham. His research and teaching focuses on challenging multiple inequalities in education, in childhood and in young people’s lives. His most recent work includes the book... 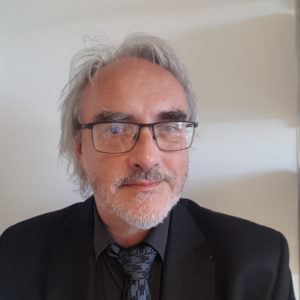 Martin Myers is an Assistant Professor in the School of Education, University of Nottingham. He is a sociologist whose work explores the lives and identities of marginalised communities. His research has often focused on Gypsy families, in... 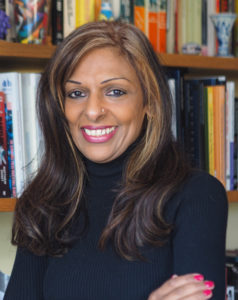 Professor of Education and Social Justice at University of Birmingham

Kalwant Bhopal is Professor of Education and Social Justice. She was appointed Professorial Research Fellow from 2017-2020. In January 2020 she became Director of the Centre for Research in Race and Education (CRRE) in the School of... 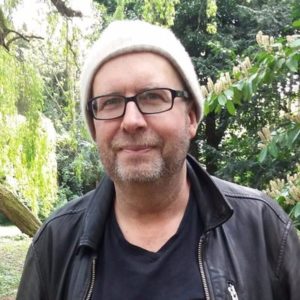 Professor of Sociology at University of Essex

John Preston is Professor of Sociology at the University of Essex and an ESRC leadership fellow in Crime, Conflict and Security Research.  John’s research is on disasters and existential threat with relation to social inequalities,...

The sickening death of African-American George Floyd by suffocation at the hands of a White-American policeman has justifiably fuelled the force of the #BlackLivesMatter movement across the world.... 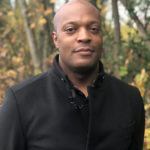 The blog is open to anyone to make a submission. The aim is to stimulate debate and thus differences of opinion will be aired. However, all submissions must have some link to evidence rather than...

View all other pages on the website on this subject.

Decolonising the History Curriculum: Examples of Theory, Research and Action