There are at least two compelling reasons why educational researchers should be centrally involved in challenging racism. First, as a University and College Union (UCU) survey[i] of ‘black’ members published in February 2016 reported, 90% of respondents faced barriers to promotion; over 70% said they were ‘often’ or ‘sometimes’ subject to bullying and harassment from managers, and nearly 70% from colleagues; 78% were excluded from decision-making; and over 80% were subject to cultural insensitivity. In other research on bullying in HE, Kalwant Bhopal[ii] reveals that it is commonplace for managers to trivialise racist bullying, and to insist that ‘the offending behaviour was due to “a clash of personalities”’.

The other reason why racism should be high on the agenda of educational researchers is that most of them have an interest in and/or connections with schools which are also hotbeds of racism,[iii]as well as being in close contact with those intending to work in schools.

In the UCU survey, ‘black’ is used in its political sense of people of African, Caribbean, Asian or Latin American descent (‘people of colour’ in US usage). Referring to a report on ethnicity by think tank Policy Exchange[iv], Helen Barnard of the Joseph Rowntree Foundation has stressed that the report ‘does not highlight one of the most important facts about ethnicity in Britain: there is more poverty in every ethnic minority group than among the White British population’. Other modern manifestations of colour-coded racism can be found in some police forces, relate to mental health issues, and football matches remain a breeding ground of racism. A largely ignored form of racism related to Britain’s colonial past is experienced by the UK’s Chinese communities.

colour-coded racism does not tell the whole story

However, colour-coded racism does not tell the whole story[v]. Antisemitism is a long-standing and ongoing form of racism in the UK. Anti-Gypsy Roma and Traveller racism also has a long history here. Thus the liberal think tank CentreForum[vi] finds that the worst school performers are white Irish traveller children (anti-Irish racism per se also dates back centuries), followed by ‘white gypsy/Roma’ children – both of which school fails by a long chalk.

Leading theoretician at the Institute of Race Relations, Ambalavaner Sivanandan has described the racism directed at white Eastern Europeans as xeno-racism (racism in substance, but ‘xeno’ in form)[vii]. Xenoracism figures predominantly in the run-up to the EU Referendum, while leading up to the 2015 General Election where second only to the future of the NHS, the playing of the ‘race’ card (who can out-UKIP UKIP) was the predominant feature of the major parties.

While anti-Gypsy, Roma and Traveller racism and xeno-racism are non-colour-coded, that meted out to migrants, refugees and asylum-seekers may be termed ‘hybridist’ in that, given their diverse countries of origin, whether skin colour is a factor or not is not clear. A couple of months after the Tories won an outright majority in the General Election in May 2015, David Cameron spoke of ‘a swarm of people’ crossing the Mediterranean for a better life in Britain, while in February 2016, as part of the scaremongering which is a central feature of the Referendum campaign, he claimed that leaving the EU could result in refugees decamping from Calais and setting up in parts of the UK. More recently, migrants on the Greek-Macedonian border trying to reach northern Europe, and others camped at Calais were simultaneously tear-gassed, and United Nations Refugee spokesperson, Adrian Edwards, warns that Europe is ‘on the cusp of a largely self-induced humanitarian crisis’.

Despite all this, it is a commonly held belief that antipathy to those seeking a safer or better life in the UK is not racist. Thus the Archbishop of Canterbury says that Britons have a ‘justified’ fear of mass immigration and that it is ‘absolutely outrageous’ to say that this is racist. Even if some people’s anti-migrant sentiments are not intentionally racist, their effects are racist nevertheless.

Islamophobia, which features in anti-migrant racism as well as being a major form of racism in its own right, may also be thought of as hybridist. To quote Sivanandan again, ‘the victims are marked out not so much by their colour as by their beards and headscarves’[viii].

One of the major tasks for educational researchers must be to explore the links between migration and racism, thereby busting the myth that opposition to immigration has nothing to do with racism. More generally, there is a need to articulate the nature of the multifarious forms of racism in the UK, colour-coded, non-colour-coded and hybridist, and to challenge them all head-on, whether it be in schools, in FE or in HE.

[i]UCU (2016) The experiences of Black and Minority Ethnic staff in further and higher education, February https://www.ucu.org.uk/media/7861/The-experiences-of-black-and-minority-ethnic-staff-in-further-and-higher-education-Feb-16/pdf/BME_survey_report_Feb161.pdf

[iv] Policy Exchange (2014) A Portrait of Modern Britain, May 6 www.policyexchange.org.uk/publications/category/item/a-portrait-of-modern-britain

[v] The following analysis is based on an article that was first published in the Huffington Post: Cole, M. (2016) ‘Now the Labour Party Is Left-Driven, It Urgently Needs a Wide-Ranging Policy on Racism’ Hufftington Post, April 6 http://www.huffingtonpost.co.uk/mike-cole/racism-labour-party_b_9623328.html 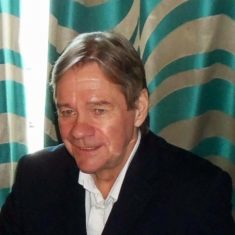 Professor in Education at University of East London

Does bias in secondary school track recommendations change over time?