In this blog I focus on the impact of social media on children and young people’s mental health, drawing on the research of Emily Frith (Frith, 2017). Some children in developed countries live their lives through technology. As digital natives they have grown up within the digital revolution, and consequently they view technology as an essential tool that serves a variety of purposes.

According to Frith’s research, over one-third of 15-year-olds in the UK are ‘extreme internet users’ – that is, they spend more than six hours of a typical weekend day on the internet. Furthermore, one-third of people in the UK were aged six or younger when they first used the internet (ibid). In 2015 the overwhelming majority (94.8 per cent) of 15-year-olds used social media before and after school (ibid).

‘Spending too much time online can lead to social isolation and sleep deprivation, and puts children at greater risk of cyberbullying and exposure to content that may harm their mental and physical health.’

Despite the benefits of social media there are risks that need to be considered seriously. Lilley, Ball and Vernon (2014) reported that online trolling was experienced by 40 per cent of their participants. Spending too much time online can create social isolation by restricting face-to-face interaction. Additionally, young people who spend too long online can experience sleep deprivation and poor sleep quality (Woods and Scott, 2016), which can then impact detrimentally on their concentration and behaviour when they are in school. We also know from the PISA research (OECD 2017) that the longer people spend online the more likely they are to experience cyberbullying, and that social media use can impact detrimentally on children and young people’s mental health, particularly that of girls (Frith, 2017). Similarly, the OECD has found that excessive internet use can have a negative effect on wellbeing, and the Office for National Statistics found that the longer people spend online, the greater the negative effect on mental health. There are specific issues in relation to the growth in the popularity of ‘selfies’ and the increasing prevalence of photoshopped images of celebrities and other idealised images of beauty, which results in body surveillance and lower body esteem (ibid; Tiggemann and Slater, 2014). Research has found that girls experience a more negative mood after viewing Facebook compared to exposure to body-neutral websites (Fardouly et al, 2015). Exposure to harmful content online, and the risks associated with sharing too much information with others, can result in vulnerability. An example of this is the increase in websites that promote self-harm, resulting in its normalisation (Daine et al, 2013).

The Carnegie Centre of Excellence for Mental Health in Schools

We live in a technological society, and while this opens up exciting opportunities for knowledge-sharing and collaboration, we must recognise and take seriously the associated risks of online abuse. Tackling online bullying and researching its impact on the mental health of children and young people is a priority area for the Carnegie Centre of Excellence for Mental Health in Schools. This national centre is a collaboration between the Carnegie School of Education at Leeds Beckett University and Minds Ahead, a newly established social enterprise. The Centre was established in 2017 to strengthen the mental health of the next generation by supporting schools to make a positive change at all levels of the UK’s education systems. Through research, teacher professional development and the development of a quality framework for mental health in schools, the Centre promotes a whole-school approach to mental health. 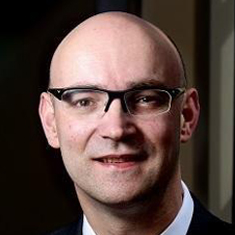 Carnegie Centre of Excellence for Mental Health in Schools

Professor Jonathan Glazzard currently leads on research at the Carnegie Centre of Excellence for Mental Health in Schools. Jonathan’s research focusses on various aspects of inclusive education, including disability, mental health and sexuality. He is committed to the principle of giving voice to children and young people who have experienced discrimination in schools. Jonathan has used a range of methodological approaches to explore issues of marginalisation. These include life history, auto-ethnography, fictional narratives, focus groups, semi-structured interviews, audio-diaries and participatory approaches.