Policies related to selective schooling have again been included in the general election manifestos of the main political parties, as the Conservative party commits to parental choice over schooling (Conservative party, 2019), and the Labour party promises to abolish private schools (Labour party, 2019). Both manifestos claim that these policies will reduce social inequities. But are these policies in themselves enough to overcome the fact that that low-income students are making less progress relative to their peers?

The Conservative party has previously expressed preferences for a greater number of grammar school places. Gorard and Siddiqui (2016) summarise the claims that support an increase in the number grammar schools as follows.

These claims are problematic. Published school performance measures can be misleading due to the high level of uncertainty in the estimates of individual schools, and detailed analyses have tended to show there is little or no substantive difference between the effectiveness of any type of school within a national school system (Perry, 2016). Furthermore, the stratification created by grammar schools can increase the impact of social and economic status and reinforce low expectations, widening the gap between the privileged and less privileged (Collado, 2015). Critics of grammar schools argue that, because they are damaging in terms of social equality, and as there is no evidence base for a policy of increasing selection, they should be phased out rather than their number increased.

Furthermore, there is little evidence that gaining entry into a grammar school has a positive impact on socio-emotional outcomes, or that grammar school students have levels of engagement and self-confidence, and aspirations and expectations, similar to those of their comprehensive-school-educated peers. Any advantage accruing to children from low-income or working-class origins who attend grammar schools is cancelled out by an equivalent disadvantage suffered by those who attend secondary moderns (Boliver & Swift, 2011).

The claim that grammar schools promote social mobility may be a chimera, as our current version of meritocracy has failed to create impact on class inequalities; in fact, it may have exacerbated them. When there is a highly competitive education system, those who can maximise their advantages are best placed to succeed (Friedman & Savage, 2017). The suggestion that social mobility equates to fairness results in a deficit model of working-class achievement. The concept of social mobility also dismisses the effects of structural inequality, as individual failure is constructed as a fair outcome of a meritocratic education system.

Perhaps instead of a focus on selective schooling as a vehicle for reducing social inequities, there should instead be greater political commitment to confronting longstanding questions of distributional justice and social inequalities in life-chances (Brown, 2013). Underlying structures, such as those related to status hierarchies, family networks, social background and relative poverty, appear to have a greater impact on health, opportunity and life chances than any of the reforms designed to encourage social mobility.

There is a widely held and mistaken assumption that social mobility is about class migration rather than, more generally, life improvement and an improvement of life chances. From the perspective of the communities I live and work in, the latter is what policy should be focussing on, rather than on the reductive assumption that those from socially disadvantaged backgrounds should simply raise their aspirations. The ability to make choices in life should be a fundamental right, and should be accessible to all as a core tenet of social justice. As a society, we need to find ways to give our students the confidence to believe in themselves, and we must equip them with the tools they need to enable them to take whichever path they choose in life.

Comprehensive schools model social and economic cohesion to others: all communities have rich heritages, which should be celebrated alongside providing all students with access to a wide variety of social and cultural activities. The valuing of this diversity would allow students to move across different spheres. A shared moral purpose and shared ambition conducted with integrity would be closer to authentic social justice in action. 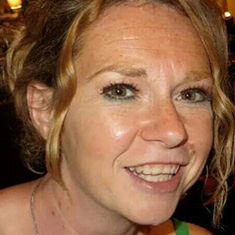 University of the West of England, Bristol

Julie Smith is currently studying for a professional doctorate in education at the University of the West of England, Bristol. Her research is focussed on exploring a culture of high teacher expectation. She is also director of teaching and learning at Wyedean School in Gloucestershire.