Personal uneasiness arises out of things that touch us: either because we are moved by what we hear or because of things happening in our own lives.

A commitment to follow C. Wright Mill’s (1959) imperative to engage the sociological imagination ethically and critically and in such a way that ‘the personal uneasiness of individuals is focused upon explicit troubles and the indifference of publics is transformed into involvement with public issues’ (1970, pp. 11 – 12) can have the effect of making us feel as if we have no choice but to research a particular area if we are to strive to make things better. Personal uneasiness arises out of things that touch us: either because we are moved by what we hear or because of things happening in our own lives. Mills, like many others, recognises that those of us in positions where we can and are expected to do research, have the opportunity to exploit the enormous potential that narrative auto/biographical approaches offer for connecting private and public in ways that could lead to at least a degree of transformative action – i.e. have impact – at individual and wider levels. As someone who has been a self-confessed auto/biographical scholar for the best part of 35 years I have often grasped this opportunity and inter alia, have undertaken studies with roots in personal experience and/or because of uneasiness/anger/indignation arising out of what I see as social injustice. This research has included work exploring the perceptions and experiences of: people (over the age of consent) who have been involved in consensual romantic pupil teacher relationships; parents who teach; teachers accused of sexual misconduct which they denied and of which they were eventually cleared or the case against them was dismissed; and, currently, children and young people who have a parent with dementia.

Such projects often challenge master narratives that have attained hegemonic status because of how they reveal other narratives, other storylines that also have explanatory and justificatory value but which may threaten the status quo and cause uncomfortable rethinking. Posing such a challenge can have various negative consequences for researchers, including attracting unpleasant and negative media attention and possibly affecting career development.

When research seems to choose you to do rather than you choosing to do it, it’s important to think about what you may be getting in to. In deciding to go ahead with the study of what happens to teachers following allegations of sexual misconduct, Heather Piper and I were well aware of the sort of public opprobrium and professional censure we might face because we both had experience of researching topics linking sex and children and of the sort of media coverage such work can provoke. We also knew there were various risks involved in questioning the view that children (i.e. all those under 18) never lie about sexual abuse. We took an informed decision. With respect to the dementia work there are potential difficulties about calling in to question such notions as: children should love (and not hate) their parents; and, that people living with dementia are ‘still’ the same person that they were before they became ill. Writing at the start of the project, before any dissemination, the only responses Mel Hall and I have received have been from those living in the situation and who are keen for their experiences to be wider known and recognised to enable them to begin to get the support they want and need. Given the nature of the high media coverage dementia is currently receiving and how the young people we are talking to are experiencing it, we anticipate some potential negativity.

Research in which the researcher is personally implicated and/or which is driven by anger and indignation about injustice has consequences of various kinds – for choices about research design, conduct, re-presenting – for how it is regarded out in the world – for the ‘impact’ it may have – and for the emotional and professional well being of the researcher. That said, it can feel like an honour to be chosen!

The Perceptions and Experiences of Children and Young People Who have a Parent with Dementia project is funded by The Alzheimer’s Society, Grant Reference 203. 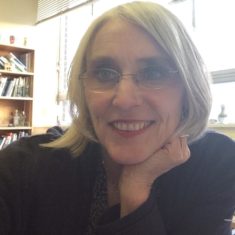 Professor of Qualitative Inquiry at School of Education, University of Sheffield

A scholarly sojourn in autoethnography, or just navel gazing?