Since 2014, an alleged ‘Trojan Horse’ plot to Islamicise schools (Holmwood, 2017) and controversial counter-extremism measures (Willson, 2019) have brought the situation of Muslim students in the British education system under the political spotlight. While heated debates can create the impression of an unbridgeable ideological rift between religious traditionalists and modernising secularists, how representative are they of broader opinions around the place of religion in education?

Previous research focusing on Muslim schools has shown that while Muslim organisations and educators have sought to ‘level up’ provision for their own faith and articulate new British Muslim identities, their secularist counterparts have expressed worries about increased division and indoctrination (Tinker, 2009; Meer, 2009).

In a recent article (Dupont, 2021) I tackle these questions through the analysis of 27 statements issued between 2007 and 2018 by institutional and civil society actors from across the political spectrum. To probe attitudes towards religious governance at times of low religious conflict, I specifically excluded all statements relating directly to the ‘Trojan Horse’ plot and counter-extremism. The aim was to unpack the reasons for agreement and disagreement in relation to four policies: curricular reform, the accommodation of religious practices, religious schools, and the use of religious criteria in student admissions and teacher recruitment. The starting hypothesis was that the aspiration to achieve intergenerational cultural transmission (what the feminist literature often refers to as ‘reproduction’ (see for example Bhattacharya, 2018)) and to promote respect for differences of culture, religion, sex and sexual orientation (what multiculturalists have dubbed ‘recognition’) were the main drivers of political claims.

As it turns out, the first two policy areas under study (curricular reform and accommodation) proved relatively uncontroversial. Most stakeholders agreed that the curriculum of compulsory education should be made more inclusive, especially when it comes to religious education. The aim was simultaneously to ensure that teaching would remain relevant to students of all backgrounds and to increase their exposure to different traditions and perspectives. In this case reproduction and recognition went hand in hand, and the only disagreements had to do with the relation between theory and practice. While some stakeholders thought that the existing curriculum unacceptably privileged Christians, others saw this privilege as being enjoyed by religious people more broadly, and others still by non-religious people. Muslim respondents also pointed to specific biases against their own religion.

All actors also supported the principle of religious accommodation. Making room within schools for practices such as Eid al-Fitr (the celebration marking the end of the Ramadan fast), prayers or halal food was seen as a way of welcoming Muslims but also of educating the wider school population about the meaning of these traditions. The main perceived obstacle to accommodation was the gendered nature of some requests which could collide with female students’ physical or sexual education (BMSD, 2010).

In contrast, the public funding of religious schools and their right to select students and teachers on religious grounds emerged as highly contentious. Unlike curricular reform and accommodation, these policies were seen as creating a conflict between principles of reproduction and recognition due to the religious (and, indirectly, ethnic) segregation that they could bring about. While some stakeholders thought that such segregation could be justified by the need to preserve schools’ religious ethos, a majority viewed it as an unwarranted interference with children’s opportunities to interact with diverse peers in a way that could reduce intergroup prejudices. Interestingly, the criticism was not levelled exclusively at Muslim or minority religious schools but also at the much larger number of state-funded Christian schools, accused of targeting the ‘better-healed’ in their community. Another secondary concern was that the curricula of religious schools in general and Muslim ones in particular were more likely than others to incorporate biases of gender or sexuality.

In short, the research found that opposition to some forms of religious governance does not stem from opposition to religion per se but rather from a principled and context-sensitive preoccupation with intergroup contact and the rights of female and LGBT students. This conclusion should give hope to those seeking original ways of designing more egalitarian education policies, able to accommodate the legitimate aspirations of Muslims and other religious minorities. 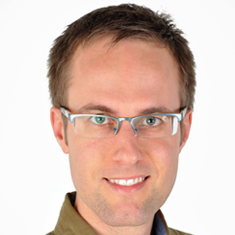 Centre for the Study of Ethnicity and Citizenship, University of Bristol

How to manage the ‘unprofessional’ online behaviour of students: An emerging dilemma in higher education