On 18 May 2016, a review of education and training in prisons by Dame Sally Coates praised the work of many prison educators, yet its recommendations infer that many of their practices are substandard (Coates, 2016: 6–7). The report proposes that prison education needs to ‘build capacity’ (ibid: 24), which involves attracting teachers from areas of good and outstanding practice in mainstream settings to prison education, and establishing a specialised training programme for new graduate recruits. The timetable for radical reform began with a transition phase before the new phase delivery service was to begin from August 2017.

There is plenty of scope for encouragement in Coates’ review, but I believe there are three significant factors that Coates (2016) may have misjudged. Firstly, comparisons with mainstream education are not always helpful: prison education is fundamentally different in many ways, not least in that it is expected to contribute to a reduction in reoffending. Secondly, there is an assumption that good and outstanding teachers from mainstream settings would be willing to transfer to prison education, and furthermore would be good or outstanding in that context. Thirdly, there is the possibility that political and institutional inertia will prevent the review’s recommendations progressing as forecast.

At this point, it is important to acknowledge that readers unfamiliar with education and training in prison might only imagine what it looks like. Therefore, the purpose of this blog, and the research that underpins it (see link to my thesis below [Parkinson 2017]), is to provide a perspective from the ground that invites and encourages the opening-up of conversation among diverse audiences. Here, then, we enter a (somewhat secret) world of work that is extremely important, yet mostly unknown within the general population, often highly criticised by those who don’t do it (and some of us that do), under-researched, undervalued and underpaid (Rogers et al 2014: 4).

‘Some prison educators experience marginality both within the teaching profession and within the prison itself: serving ‘two masters’ can be frustrating.’

Bhatti describes how some prison educators see themselves as different and excluded – as an ‘enduring marginality’ within the teaching profession (2010: 33). However, they also describe experiencing a similar marginality within the prison itself: Bhatti cites one teacher’s frustration at serving ‘two masters’: an employer (education provider), and a host (prison) (ibid). Moreover, Nahmad-Williams discovered similar cultural and professional conflict when interviewing an education provider that declared, ‘Custody is disempowering; education is empowering’ (2011: 149).

In the classroom or workshop, professional and personal relationships are subject to pressures less likely to be present in mainstream settings. As one teacher explained to Nahmad-Williams, for some prisoners, ‘Being in prison is a loss of all control. Manipulating teachers is one way they feel they can get some sort of control back’ (ibid: 212). While such manipulation might begin with prisoners appearing aggressive and trying to bully the teacher (ibid), it can also involve coercing a teacher into the smallest of favours, such as providing extra sheets of paper for writing home. These ‘favours’ might appear infinitesimal – perhaps a subtle disclosure or additional help and support for a particular individual is all it takes. Once this (usually normal, indeed laudable) practice is normalised and developed, grooming can turn to conditioning. Just because a prisoner struggles to spell does not mean that he or she does not have the wiles to know that the favour is unauthorised, and not what the authorities deem to be directly educational. From the earliest deception, a prisoner has a bargaining chip, raising the stakes and gradually ‘reeling-in’ the unsuspecting victim, until the realisation of ‘a line crossed’ is too late. A typical ultimatum being, ‘You’ve done X for me, although it was against the rules, so now I need Y if you want to keep paying your mortgage’. The choice for the prison educator at this point is to declare their position to the security department, with the likelihood of exclusion, termination of employment and family turmoil; or, succumb to the prisoner’s demands. This happens too often: prisoners have lots of time to devise their plot, and prison educators (like those in mainstream education) are (mostly) busy people (Rogers et al 2014: 4).

Prison education and training can be fascinating, rewarding and demanding, but it is extremely complex – as I hope the reader has begun to glean from this blog. Improvements to quality will appeal to most prison educators, but not necessarily by mimicking practices designed for mainstream settings. Moreover, prisons tend to operate at their own pace and on their own terms, which often stifle creativity and reform. I suspect that such competing factors will frustrate Coates’ (2016) plans until the next cycle of review and reform. 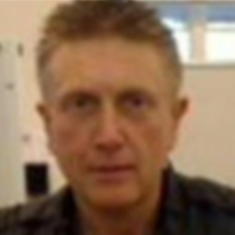 John Parkinson’s career in prison education began in 2004 in a teaching role; he then progressed to departmental head, deputy education manager and then education manager across a number of prisons. In 2008, he was awarded ‘Master of Education’, studying part-time while working full-time in prison education. Similarly, in 2010 he began a part-time professional doctorate to satisfy a ‘niggle’ about ‘arts in prison’ and its potential for positive change, which he completed in 2017. His thesis, entitled ‘Teaching creatively in prison education: an autoethnography of the ground’, documents his research, which employs arts-based methods, mostly in the form of what he terms ‘fictional performative writing’. Currently, John teaches in a prison part-time, while exploring opportunities for research, guest lecturing, consultancy and commercial creative writing.