Traditional research practice often fails to acknowledge our embodied, entangled and complex roles, with ‘ethics’ becoming merely a form to tick off along a path to neutral and objective positions of enlightenment. Anxious to avoid the ‘god-trick’ of the all-seeing and all-knowing observer (Haraway, 1988, p. 575), this blog explores the potential for new modes of enquiry that trouble positivist paradigms and open spaces for new understandings and becomings.

We live in times of paradox and complexity. Advanced capitalism has brought us to a damaged world of eco-crisis, insidious performativity, heightened managerialism, the datification of individuals, stifling bureaucracy and rising inequality. The pain is felt throughout education, yet rather than seeking the new we are often rooted in allegiance to traditional and familiar research methodologies that perpetuate the very positions we wish to overcome.

The constant seeking of ‘research-informed’ practice suggests a desire for certainty, in a fast-moving world that offers very little of it. Posthuman thinking (Braidotti, 2013) urges us to trouble the embedded Cartesian dualisms of mind/body and nature/culture, bringing our embodied selves back into the frame while removing the species hierarchy that has long separated ‘man’ from ‘beast’. ‘Man’ himself is troubled too: years of othering, and the denial of humanity through the reification of a certain type of human (white, male, European…) renders the humanistic practices of research difficult to uphold. While its many successes should continue to be celebrated, humanism has a lot to answer for.

Does this difficult time of ‘interregnum’ – in which the old is dying, but the new cannot be born (Gramsci, 1971) – therefore call for a reframing of research in line with an acceptance that knowledge can only be partial and subjective when located in a fast-moving reality? If we truly desire to shift this paradigm, what might reimagined research practices look like?

Nomadic enquiry suggests a letting go of our old ways of thinking and becoming open to new ideas and modes of being. It is not resistance, but an understanding that we are always in the ‘process of becoming’ (Braidotti, 2012). It requires an ethical standpoint that acknowledges the position of the researcher: both centering ourselves in an awareness of our biases, influences and our power in making ‘agential cuts’ (Barad, 2003) that present the findings which can only ever be limited by time, space and individual selection; and decentering ourselves by acknowledging the influence and role of other agents in the research assemblage (human and non-human others, material ‘things’, the environment and so on). It requires us to begin by exploring our own place in the genealogy of research which has been utilised as a tool to colonise and exploit the oppressed. By asking, in the words of Leigh Patel (2016, p.88), ‘Why me? Why now? Why here?’, we can begin to shape our work through a wider framework of ethical responsibility and accountability.

‘Embracing “slow ontologies” – whereby we may revisit, rework or remix our inquiries according to the rhythm of the project – is countercultural and hard to attain, particularly in times of precarity.’

To be nomadic in this sense also proposes a freeing from the constraining rhythms and linear direction of academic research practice. Embracing ‘slow ontologies’ (Ulmer, 2016) whereby we may revisit, rework or remix our inquiries according to the rhythm of the project, rather than university or evaluatory directives and frameworks, is countercultural and hard to attain, particularly in times of precarity. Nevertheless, technological affordances such as open source spaces, rhizomatic connections with others via social media, and new shared platforms may open up possibilities for working in different ways.

Creativity also plays a key role in these nomadic reimaginings. Post-qualitative methods such as Ellingson’s (2017) ‘crystallisation’ push the traditional boundaries of triangulation by bringing in new lenses through which to view our explorations. Art, photography, collage and other affective means of responding can provide new insights while also bringing in embodied elements. Such methods call us to pay attention to events that may otherwise be overlooked and that trouble the nature of what we count as ‘data’, as we interrogate domains of knowledge so often left aside in traditional research practice.

Nomadic research acknowledges that our explorations of ‘whys’ and ‘hows’ will always be limited. Instead we should explore the conditions of the phenomena around us, and focus not on the already made but on that which is in the making. As St Pierre (1997, p. 176) suggests,

‘[W]e must learn to live in the middle of things, in the tension of conflict and confusion and possibility; and we must become adept at making do with the messiness of that condition and at finding agency within’. 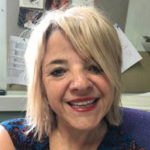 Lecturer at University of Stirling

Kay Sidebottom is a Lecturer in Education, and Programme Director for a new MSc Education at the University of Stirling. Her current research explores how teachers can work with posthuman ideas to facilitate meaningful and disruptive education spaces for our complex times. With a background in community and adult education, her pedagogical specialisms include critical, radical and anarchist education, arts-based practice and community philosophy.

All from this series
The edublogger, the school and the academy

Unexamined privilege and schools as sites of othering: Towards an ethics of commentary and debate