This blog explores some of the key findings from the book ‘Leading in Early Childhood’, by Geraldine Davis, Anglia Ruskin University and Gemma Ryder, University of East London. Our research centred on the views and experiences of early childhood practitioners and teachers, representing a wide variety of settings across England and Europe. We were interested in how they demonstrated leadership within different contexts, roles and responsibilities. Do nannies, child-minders and less experienced practitioners possess leadership skills and traits, or is leadership exclusive to those working in senior management positions?

The aim was to make early childhood a more attractive field to work in, by introducing leadership routes for new and existing members of the workforce

The complexity and diversity of the early childhood sector presents specific challenges in relation to leading practice. Limited opportunities to progress into senior and leadership roles, combined with a lack of clarity pertaining to the skills and qualifications required for such roles, have been identified as areas of concern for practitioners working with young children (Nutbrown, 2011). Efforts to address these issues led to successive governments introducing qualifications and awards that would produce a sector-specific graduate workforce. The aim was to make early childhood a more attractive field to work in, by introducing leadership routes for new and existing members of the workforce.

Programmes such as National Professional Qualification in Integrated Centre Leadership (NPQICL) and the Early Years Professional Status (EYPS) are two examples of awards granted to those undertaking intensive training at postgraduate level. However, such programmes are not always sustainable and are subject to change or being discontinued, in light of policy changes and a lack of long-term funding. Despite a gradual growth in the number of early childhood graduates, they are still classed as being in the minority (Brind et al, 2014).

The growth of graduate practitioners was evident through our interviews with those working in the early childhood sector. The majority of participants recognised the importance of professional development and its implications for their practice. Those working as managers and team leaders had studied to higher education level or were planning on undertaking further study in the future, including postgraduate training. This initially suggested a link between qualifications and leadership positions, but it is worth noting that not all early childhood practitioners aspire to become graduate leaders (Kalitowski, 2016). Could practitioners still become leaders if they opt out of further study, or will expectations in future require higher education training to be compulsory for managers and senior staff?

Within our research sample, there were a number of participants who were not working in a senior or management position. We were curious as to whether they also demonstrated an ability to lead within their own practice, particularly those who were trainees or lone workers, i.e. nannies. During the interviews, it became evident that leadership for these individuals was developed and demonstrated through their own professional and personal development, alongside their interactions with children and families. This was achieved by reflecting on practice and acting as role models, advisors and mentors; traits which are seen as denoting effective leadership (Rodd, 2013). Therefore, leadership was not exclusive to those leading teams or managing practice, but was an integral part of practitioners’ existing roles and responsibilities.

While our research represents a very small sample of practitioners and teachers, it does raise some questions as to how leadership is perceived, which would warrant further investigation. Are practitioners who work independently or are starting their career in early childhood being recognised as leaders in early childhood? If not, is it due to leadership seen as a something which is linked to a person’s job role or position within an organisation? Is there too much emphasis on graduate training and higher education qualifications and if so, are there alternative ways of developing skilled leaders through more practice-based routes; particularly for those who may struggle with academic study? In view of this example from our study and the questions raised, we would welcome a new dialogue pertaining to what leadership looks like for all practitioners in practice. 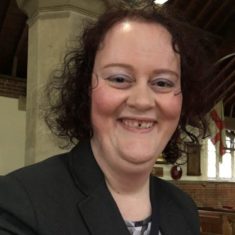 Gemma Ryder is a lecturer in early childhood studies at the University of East London, England. In addition to teaching on the undergraduate and postgraduate programmes, she is studying for her professional doctorate in education at Anglia Ruskin University. She has researched and co-authored the book ‘Leading in Early Childhood’ with Geraldine Davis, published by SAGE (out August 2016).

Birth to three matters for schools: Attachment theory and readiness to learn